More
HomeBreaking NewsReprieve for teachers and other employers as court suspends 1.5% housing tax

Reprieve for teachers and other employers as court suspends 1.5% housing tax 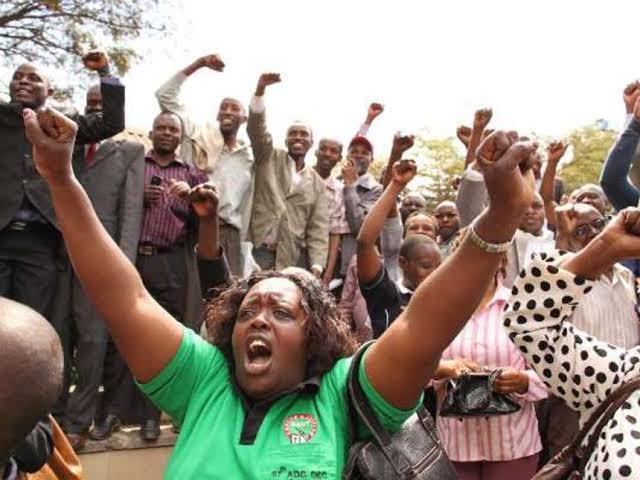 Reprieve to employers as court temporarily suspends the implementation of the deduction of 1.5 per cent Housing Development.

This comes after Cotu secretary general Francis Atwoli filed a case. Atwoli had faulted the government move and termed it as double taxation.

“The petitioner is aggrieved that its unconstitutional and legally invalid to subject Kenyans to double taxation by imposing the 1.5% housing development levy on basic salaries,” Atwoli said.

While issuing the interim order Justice Hellen Wasilwa who is Employment and Labour Relations Court said the implementation of the  deductions suspended until the 21st of January, 2019, when the matter will be heard.