Rashid Echesa has criticized DP Ruto for abandoning his troops 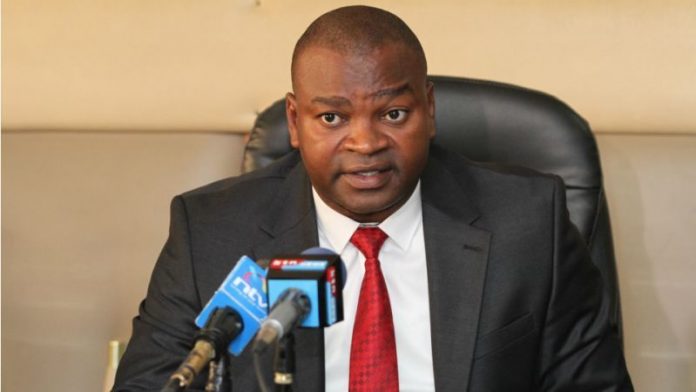 Echesa,  who was dropped from cabinet in 2019 after President Uhuru Kenyatta accused him of politicking instead of serving Kenyans, now questions the DP amid a purge targeted on his allies.

Echesa was reacting to the recent changes in the National Assembly that saw Mumias East Member of Parliament Benjamin Washiali stripped of his Majority Whip role.

“I am sure if Mr Ruto had pleaded with the President, Mr Washiali would have survived the axe, ” Echesa said.

“There has been talks about Mr Atwoli and Oparanya pushing for the changes, but I never saw them at State House. The person I saw was the Deputy President and unfortunately, he didn’t raise a finger on the fate of Mr Washiali”.

The House Majority leader Aden Duale survived the purge. But a section of MPs allied to President Kenyatta says he is not out of the woods yet.

Other vocal Ruto allies including Gatundu South MP Moses Kuria and his Kikuyu counterpart Kimani Ichungwa have already been issued with letters notifying them of the party’s intention to remove them from various House committees. Ichungwa chairs the Budget and Appropriations Committee while Kuria is the vice-chair of the Transport Committee.

“The DP is the General, and we have been fighting for him. I can’t understand how a General can abandon his troops and remain silent when they are being purged the way we have seen in Jubilee Party,” said Echesa.

According to Echesa who was once the  ODM youth leader, Ruto is silent because he thinks he will exploit the sackings to his advantage during the 2022 presidential race but Washiali differed with him saying he knowns little on how the “system” works.

“The problem is not me; it is my conscience. You have seen my successor do funny things like the ones Mr Irungu Kang’ata is doing in the Senate, removing people from committees without any valid reason. That is what I refused to do and that is why I am being punished, ” Washiali said.

Currently Echesa is facing criminal charges related to a fake arms deal that was allegedly brokered at the DP’s office but news reaching us today is that the court has ordered the state to give him  cars and firearms that were confiscated during his arrest.