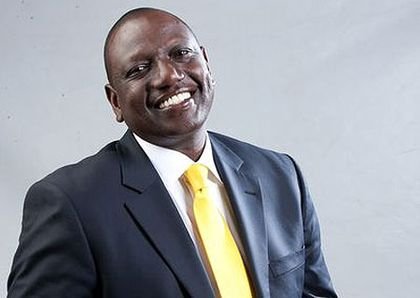 President William Ruto has revealed a program that will replace the just terminated KAZI MITAANI. Speaking on Sunday, October 30, the head of state announced that all the youth who worked in the Kazi Mtaani will be absorbed in another program.

President William Samoei Ruto was speaking in Kandara Constituency, where he noted that the government is in top gear to have the youth contracted to plant trees.

He further explained that the new programme would save the country from the wreck havoc of climate change that has been occasioned by  human activities.

According to President Ruto, his regime is planning to plant about 5 million trees before his first term elapses.

The head of state revealed that under his government Kazi Mtaani will change its name to  ‘Kazi ya Mazingira.’

“We have decided as Government that we want to join all Kenyan citizens to plant 5 million trees in the next five years. Each one of us, the County Governments, the National Government, all the other agencies, the private sector, and all other traders shall join hands to plant trees to restore our rivers.

He further noted that to ensure enough seedlings are produced, his allies in the National Assembly would tweak the law to increase the Constituency Development Fund (CDF) they manage.

The funds would be then handed to women and youth groups.

“We have agreed that we shall change the law to add CDF money to help MPs offer money to mothers groups and those of youth to produce tree seedlings.

“Unless we change our environment, climate change is a reality that we must live with,” the Head of State added.

On October 25, President Ruto banned Kazi Mtaani claiming that the project was outdated promising to introduce better projects for the youth, including affordable housing.

“Kazi Mtaani is outdated now, the work now is building these houses, and the first people to get jobs in this project will be from Kibra,” Ruto stated, adding that the number of youths being employed under the kazi mtaani program was minimal.