Teachers Service Commission has indicated that of 10, 300 interns who were recruited last year, 8,141  have been put on payroll. A total of 2,159 intern teachers are still being processed and yet be put on payroll.

On the other hand, the commission has also said that of the 9,069 teachers who were recruited on permanent and pensionable terms,  8, 920 have so far been put on payroll.

“All these teachers have been already getting salaries and no one has been left out,” said TSC head of communications Beatrice Wababu.

The commission said that processing of 2,159 intern teachers is still underway and will soon be put on payroll. Also being processed is a total of 149 teachers for the permanent and pensionable category.

Beatrice Wababu who is the head of Communication TSC said missing documents is what has delayed some teachers from being put on payroll.

“Some of these pending cases have either one or two documents missing or were not properly filed. Once that is done we shall have all of them on payroll,” said Wababu.

According to the contractual agreement, interns recruited to teach Secondary were to take home a monthly stipend of Ksh. 15,000, however due to statutory deductions, the teacher only remains with Ksh. 10,000.

The statutory deductions include Sh1,200 for mandatory personal accident cover, sh3,000 for HELB loan(only those who benefited), sh800 for National Hospital Insurance Fund(NHIF), sh600 for National Social Security Fund(NSSF) and sh1741 for Pay as You Earn(PAYE).

Those posted to primary were entitled to sh10,000 but after statutory deductions like NSSF, NHIF and a PAYE of sh 1,116 the teacher takes home sh6,000.

However, in the wake of the coronaviru, president Uhuru Kenyatta in his address to the nation, said that persons who earn less than ksh 24,000 will be exempted from paying PAYE tax. This means that intern teachers will not be deducted this tax.

The surging number of students in secondary schools occasioned by government 100% transition has overstretched the teaching force.

In order to plug the gap of teacher shortage, TSC had proposed a total of 12,000 teachers be recruited annually for five consecutive years.

In overall, the commission requires Sh16.4 billion annually to recruit teachers. Presently, TSC estimates an overall teacher shortage of 96,345 – 38,054 at the primary and 58,291 at the post-primary school levels.

However, contrary to TSC expectation, the parliamentary budget committee has only approved the recruitment of 5,000 teachers on permanent and pensionable terms at Sh2 billion against the commission’s request for Sh15.4 billion to recruit 25,000 tutors. 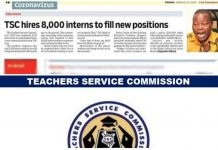 Standard media apologises to TSC for misreporting recruitment of 8,141 interns on Permanent and Pensionable terms 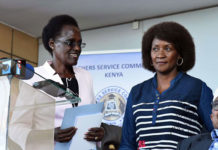 TSC refutes claims that 8141 interns have hired on permanent basis 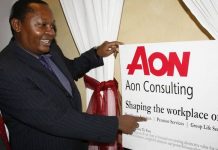