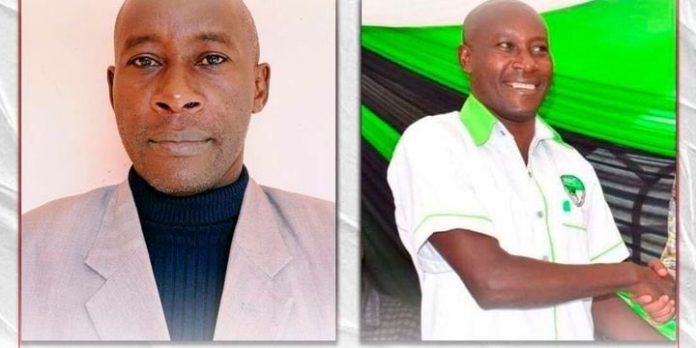 Daniel Musyoka, an Embakasi East returning officer who went missing on Thursday, has been discovered dead.

The body of Musyoka was discovered in Amboseli Park, Kajiado county, according to the family.

A middle-aged man’s body was discovered in the forest, according to Loitoktok, Kajiado South sub-county police, who verified that they were notified of the discovery.

His sisters, Mary Mwikali and Ann Mboya, positively recognized the body at the mortuary in the Loitokitok sub-county.

The family was able to identify Musyoka, completing a 5-day hunt for the missing Embakasi East Returning Officer, according to Loitoktok police chief Kipruto Ruto.

“His two sisters identified the body lying at Loitokntok sub-county hospital last night. We are waiting for communication from police headquarters either to ferry the body to the city mortuary or to remain here,” he stated.

“It was evident the victim was killed elsewhere and the body dumped in the valley. The body had scars indicating torture from assailants before the death. He possibly died a painful death,” he added.

The police think Musyoka was murdered elsewhere, and his corpse was dumped in the woods. The officers said that his body showed obvious evidence of torture and struggle, but they are awaiting the results of a postmortem.

He continued by saying that because his phone was off, the Commission could not reach him.

The returning officer has been reported missing from the Embakasi tallying centre. Reports received by the Commission indicated that at around 9 am yesterday, he was escorted to the tallying centre by his bodyguard.

“At around 9:45 am he excused himself to make a phone call but did not return to the office,” Chebukati stated.

The Commission has requested the investigation authorities to act quickly and make sure his whereabouts are known after filing a missing person report at the Embakasi Police Station.

“The Commission is deeply concerned about this unfortunate incident and calls upon the relevant security agencies to investigate this matter,” he stated.