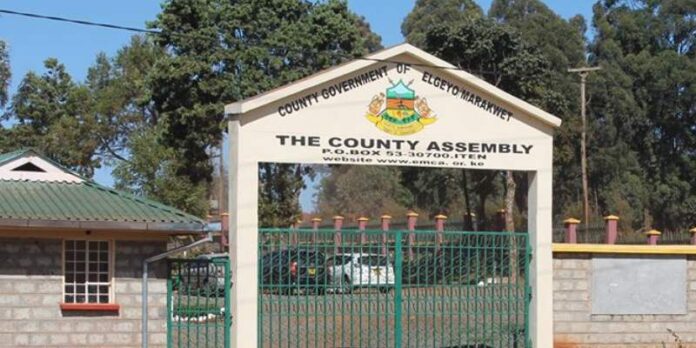 Elgeyo-Marakwet County is a county in the North of Rift Valley and it is known to produce Kenya’s finest athletes who have won huge titles. The county borders with 8 counties namely, t borders the counties of West Pokot to the north, Baringo County to the east, southeast and south, Uasin Gishu to the southwest and Trans Nzoia to the northwest. The County is divided into 4 Sub-Counties, namely Marakwet East, Marakwet West, Keiyo North and Keiyo South Sub Counties.

Elgeyo-Marakwet County has one hundred and eighty thousand, six hundred and sixty four voters (180,664) and five hundred and twenty nine (529) polling stations as per the two thousand and seventeen (2017) General Elections.

The County has 4 constituencies which includes; Keiyo South Constituency

Marakwet East Constituency is represented Hon. David Kangogo Bowen. It has four wards which include; Kapyego, Sambirir, Endo and Embobut / Embulot. The Constituency had 36,428 registered voters in the 2017 elections.

The Member of Parliament of Marakwet West is Bon. William Kipkemoi Kisang. The Constituency has six wards which include; Kapsowar, Lelan, Sengwer, Cherang’any/Chebororwa, Moiben/Kuserwo and Arror. It had 48,819 voters in the 2017 General Elections.

Hon. James Kipkosgei Murgor is the Keiyo North parliamentary representative. It has four wards which include ; Emsoo, Kamariny, Kapchemutwa and Tambach.  It had 42,774 registered voters in the 2017 General Elections.