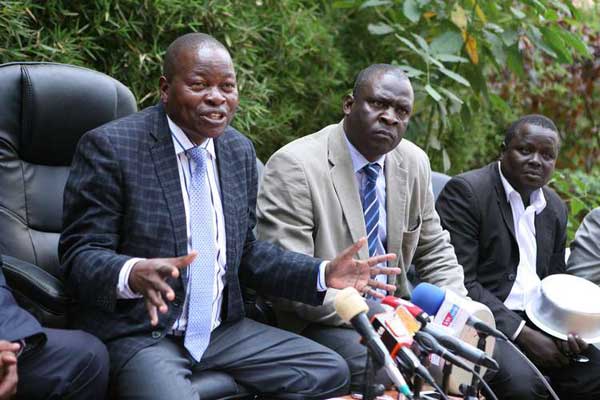 Through a press statement sent to media, KUPPET has faulted AON medical provider for shoddy services despite reaping big from teachers sweats.

Read also: Why AON Minet medical cover is a scam, here is what should be done

In a hard hitting statement Mr. Misori warned of an industrial action should the commission go ahead to renew the contract in complete disregard of teachers concerns raised on the cover.

“Teachers have sighed away from attending Minet clinics most of which are located behind shops” said Akelo Misori. He further added that any attempt to force teachers into it again will be met with equal but opposing force.

KUPPET has been in the forefront in fighting against the said cover ever since Minet brokers went against their own contractual obligations. Outpatient cover for example, which was initially meant to be limitless no longer exist and teachers are forced to pay from their pockets.

“Most facilities have a capitation of ksh. 850 which is not enough for consultation, laboratory inquiries and pharmacy cost” said Julius Korir National Chairman. Teachers countrywide have been asked to prepare for a nationwide strike should TSC renew this cover.

KUPPET has also reached out to other Unions(KNUT) to add their voice in this matter.