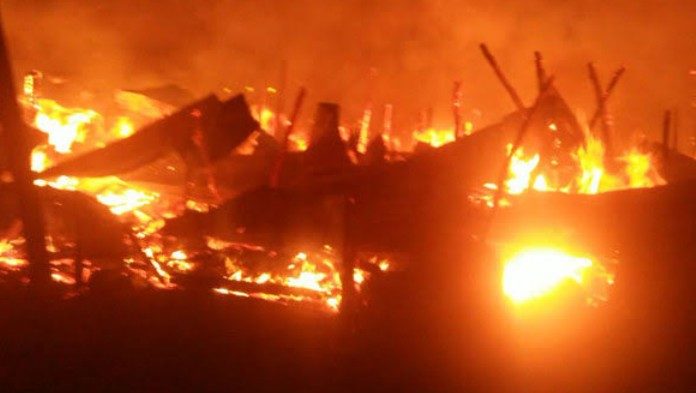 More than twenty families were on Tuesday night left homeless after a fire razed down their houses in Korogocho slums in Nairobi.

According to the Kenya Red Cross, the fire broke out at around 9 pm and took more than two hours to extinguish. Three casualties were evacuated to hospital.

2240hrs, Korogocho Fire Update: The situation was contained. Three casualties were evacuated to hospital. Assessment to be conducted tomorrow by our Nairobi teams. https://t.co/APKq0cp91p

Unfortunately, the fire had caused significant destruction to the slum by the time it was contained.

Local residents exuded confidence that they would have contained the inferno was it not for shortage of water adding that they were forced to use sewage in their efforts before the fire brigade arrived.

The affected families are sheltered at the nearby St. Claire Primary School while others have resorted to seeking shelter from friends and relatives.

Investigations to establish the cause of the inferno are underway as the residents hope for a solution that remains yet to be found from such investigations on Korogocho fires in the past.