KNUT and KUPPET on spot as classroom teacher is under represented 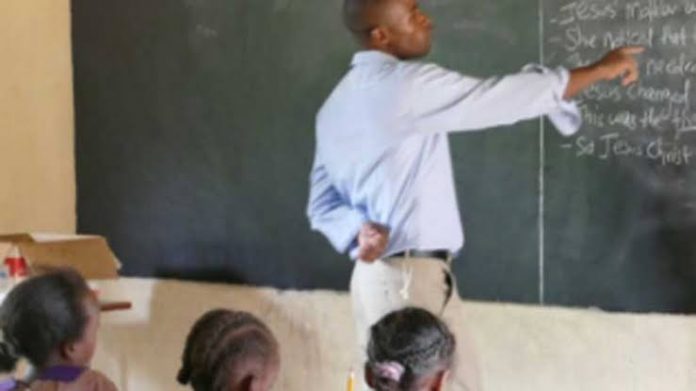 Classroom teachers are currently at their lowest after the two giant unions Knut and kuppet have failed terribly to voice their grievances.

Few weeks ago, Knut and TSC held a retreat that was supposedly meant to iron out pressing issues but unfortunately it botched out. Hard-line stands held by the two parties could not allow the retreat to go on.

Promotion of teachers with higher qualifications, delocalization, Teacher career progression and teacher appraisal are among top issues raised by teachers.

The two unions have neglected classroom teacher for so long. When the 2017-2021 CBA was signed, only interests of headteachers were taken into consideration with a classroom teacher being given a meager increment.

Arguably, the unions are only championing for better service of a classroom teacher at public meetings and funerals but deliberately ignored at negation table.

For example KNUT is on record fighting for only 85 delocalized heads at the expense of more than 300, 000 teachers. TSC strongly defended itself over the alleged issue.

“Employees who hold elective offices in unions and saccos, among others, are primarily employed to teach and are bound by the code of regulations for teachers, which has provisions on transfers of teachers. Election to any office cannot, therefore, be used to irregularly amend the contract between an employee and employer,” said TSC boss Nancy Macharia

KUPPET has threatened to lead teachers for a nationwide strike if TSC AON medical scheme is renewed. Why should kuppet wait up to January? Teachers are tired of shoddy services offered by AON minet scheme and its termination is long overdue.

The bitter part of it is that KNUT is silently backing this AON medical scheme that deprived teachers their medical allowance.

On the other hand KNUT has threatened to lead teachers for a strike if TSC won’t give in for their demands.This move is ill fated and misguided.

KNUT should know that teachers are tired of their theatrics. Teachers cannot wholeheartedly prepare students for four years only to abandon them at their hour of need.

For any strike to materialise, the two unions must sit together on a round table and speak with one voice. In addition, the interests of a classroom teacher must top in their agendas otherwise any strike notice is just a load of hot air.

The good thing is that Knut SG Hon. Wilson Sossion is on record asking Kuppet officials for a hand in handling issues raised by teachers.