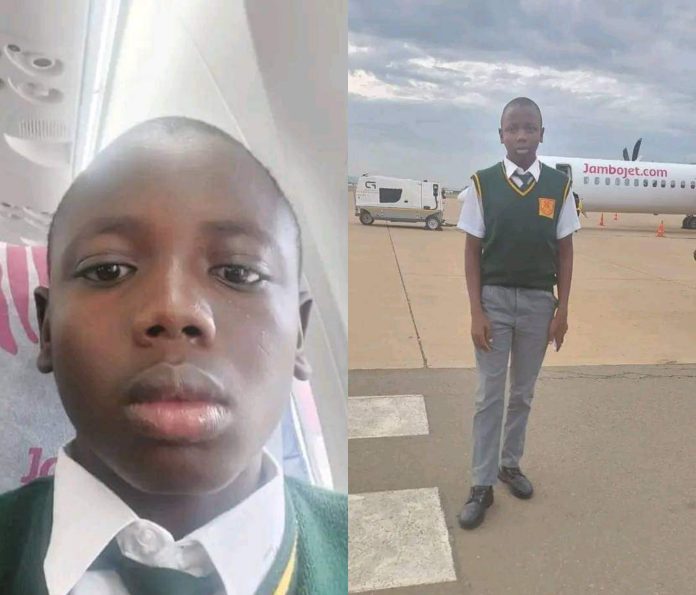 Kenyans were motivated on social media by Kisii High School Principal Fred Mogaka after he gave the top student in Form Four mock examinations a flight from Nairobi to Kisumu.

Mogaka, who has previously hit headlines by donning school uniforms and using sniffer dogs to apprehend notorious students, moved many after he gave the best student a considerate gift.

According to a post by Watoto Wasome lawyer Ndungu Nyoro, the principal had given the Form Four student who earned an A in the post-mock tests a plane ticket.

He did keep his promise, as lucky and talented student Juma attested. Alex Oyugi was given the rare opportunity to go by plane from Kisumu to Nairobi for achieving grade A

“As seen in the photos taken earlier today, he is boarding Jambojet from Kisumu to Nairobi. He is expected to take a return flight later today and back to school,” Nyoro, who is also a philanthropist said.

Rehearsals for KCPE, as well as the Kenya Primary School Education Assessment (KPSEA), will be conducted on November 25, 2022, with the exams officially beginning on November 28 and ending on November 30, 2022.

KCSE, on the other hand, will be rehearsed on November 18, and thereafter sat for between November 21 and December 23, 2022.