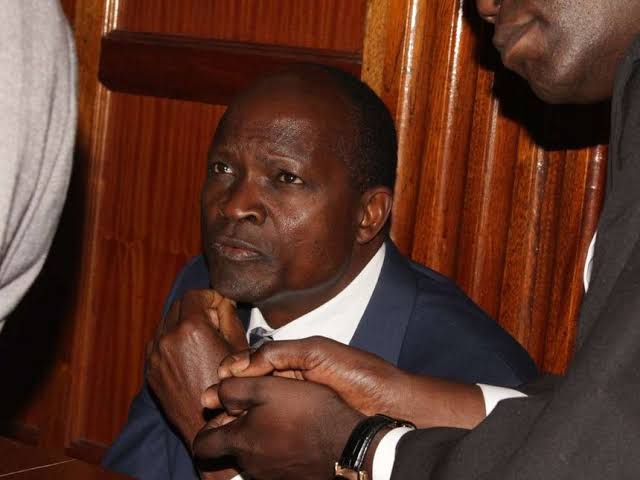 Migori governor Okoth Obado has been released on Sh500,000 bond with surety of similar amount or Sh200, 000 cash bail.

The Kibera court on Friday dismissed an application to detain him pending conclusion of a firearms possession investigation. Initially the state wanted him to be detained for 15 days so as to pave way for investigation, but the court granted him a bail.

While giving the ruling magistrate Joyce Gondani said there was no convincing reason to detain governor Okoth Obado.

Hon. Obado was arrested on Wednesday following 8 firearms that were found after EACC officers raided his Nairobi and Migori homes.