More
HomeGeneral"I unbuttoned my blouse and started k!ss!ng him until..." How I regret...

“I unbuttoned my blouse and started k!ss!ng him until…” How I regret giving my sister’s phone number to my History Teacher 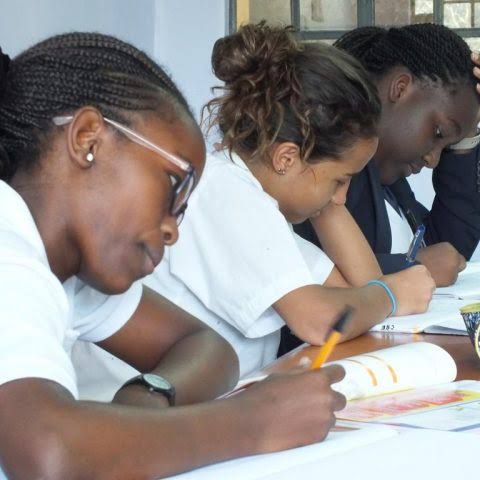 I remember vividly that getting the required marks to join high school was like a dream come true, I mean to most people, it wasn’t that hard but to me it was like squeezing water from a stone. Nearly impossible. But I have got to say lady luck was on my side. I was able to get 320 marks out of the possible 500. I was very proud of myself since i had to trek miles and miles to reach school and we didn’t have electricity in our house. But thanks to God i was selected to join kapsoya girls and the first time i was asked if i could be somebody’s girl friend i didn’t even think twice i just said no.

My dream was to become a neuro surgeon having read a book of Ben Carson(think big) inspired me a great deal and to me the sky was never the limit, I had to go higher. In school I made it a point to concentrate in my studies and nothing else. I had excellent grades and always passed with flying colours. My second year in high school is when all the trouble started. Teachers were being transferred and we so happen to have new male and female teachers .The female teachers i had no issue with but i couldn’t say the same about the male.

In form 2, I started being sluggish in what i did. I never answered questions as much as I did the previous year and I didn’t ask as many questions. Having being given a new history teacher and him being one of the ‘new fish’ as the students used to call the new teachers, he noticed my good grades, and started congratulating me all the time and he even made me the head of the subject.

I was extremely excited little did i know the teacher had other intentions in mind . Never before did it cross my mind that he saw me as a woman and not a student. I refused his advances and told him all I ever wanted was to study but he couldn’t let the matter go away that easily. He threatened to make me fail his subject if I didn’t give him my number when the holidays began. I tried to plead with him but he could hear none of it.

A few days to closing day he caught me of guard by saying that he is willing to plant fake evidence so that when we would return back to school I would be forced to buy a sack of maize and beans after being accused of stealing food from the kitchen. I considered the situation back at home and the fact that he was liked by many teachers, I stood no chance against him, I gave him my sister’s number.

I was sad since i knew my sister would give me a scolding for what i had done but when i arrived home she mentioned nothing. Days passed and nothing was said she spent hours on her phone it being ‘mulika mwizi’ the battery charge could last her days before she had to travel far to take it for charging. I came to a conclusion that the teacher decided to assume that i even existed and that made me happy and relaxed.

A day to opening schools, lexa, my sister got a brand new phone the kinds you see people in high ranks having and sets of new clothes and accessories, I tried to inquire where she got them from but she refused to disclose anything with me. Later I found out Patrick sent them. She went outside to attend to the farm and suddenly her phone rang and the name that popped on the screen was Patrick, of course it couldn’t have been my history teacher i told my self that and continued with what i was doing. In school, Mr Patrick stopped recommending me whenever i scored highly he would just tell the rest of the students to work hard. He rarely mentioned my name and soon enough i was no longer the subject head. This irritated me and I just had to inquire and when i did, he said he was not interested in me instead, my sister.

Jealousy stirred inside me and I cursed the day I decided to give him my sister’s number and this made me not to concentrate in class I had to have him all to my self. One day when all teachers of humanities department had gone and Mr Patrick was left in the department marking our exam papers, I made my first move and went to the department to sweet talk him. I tried unbuttoning my blouse but he wanted nothing to do with me I soon decided to kiss him but no sooner had i started when the teacher on duty caught us red handed.