Governor sonko hands over Nairobi County to the National Government 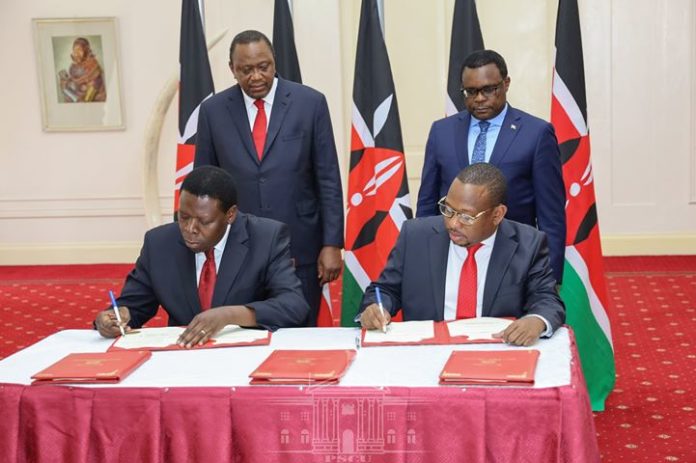 Embattled Nairobi has finally thrown in the white towel and decided to hand over tje functions of Nairobi County Government to the National Government. According to the press  release dispatched to the newsrooms by the statehouse Spokesperson Kanze Dena Mararo, the government will take over the functions immediately. Attached below is the press release.

In a land mark agreement signed at State House today, Governor Mike Mbuvi Sonko and Devolution Cabinet Secretary Eugene Wamalwa in concurrence with H.E President Uhuru Kenyatta, signed an agreement, handing over functions of the Nairobi County Government to the National Government, pursuant to Article 187 of the Constitution.
The signing of the agreement was also witnessed by the Speaker of the Senate, Hon. Kenneth Lusaka and the Attorney General Paul Kihara.
The National Government therefore, will take over the following functions of the Nairobi County Government:
i) County Health services
ii) County Transport services
iii) County Public Works, Utilities and Ancillary services
iv) County Government Planning and Development
This will ensure Nairobi residents receive services efficiently.
The move comes as a breakthrough in the running of county services that had ground to a halt.”
Kanze Dena-Mararo
Spokesperson