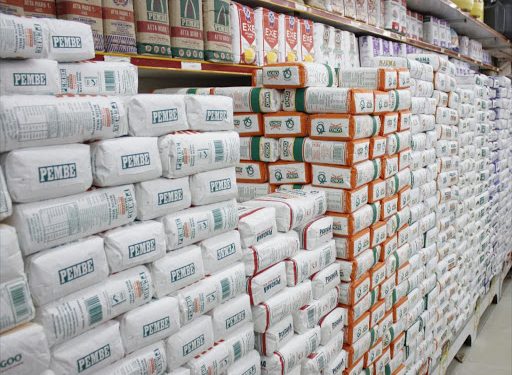 In a statement dated Saturday, August 13, Munya stated that the National Treasury’s insufficient funding was the cause for the subsidy program’s suspension.

Since the suspension, millers are now free to set their own rates for the sale of maize flour.

One kg packet of corn flour was selling for as much as Ksh230 before the subsidies was  effected.

As you are aware, the government through this Ministry and other key stakeholders has been implementing the ongoing Maize Flour Subsidy Program in partnership with contracted Millers under a Presidential Executive Order,” the statement read in part.

“However, due to inadequate exchequer releases from the National Treasury, it has been decided that, the Maize Flour Subsidy program be suspended with immediate effect.

“The purpose of this memo, therefore, is to direct that you suspend the above program immediately and prepare a comprehensive closure report for my review as soon as practical,” Munya directed.

On July 20, President Uhuru Kenyatta issued a decree lowering the national retail price of maize flour to Ksh100 from Ksh205.

The instruction, according to Uhuru, is a component of the stimulus program designed to protect Kenyans from the high cost of living.

He continued by saying that all milling businesses have participated in the budgetary action plan to handle the Unga crisis.