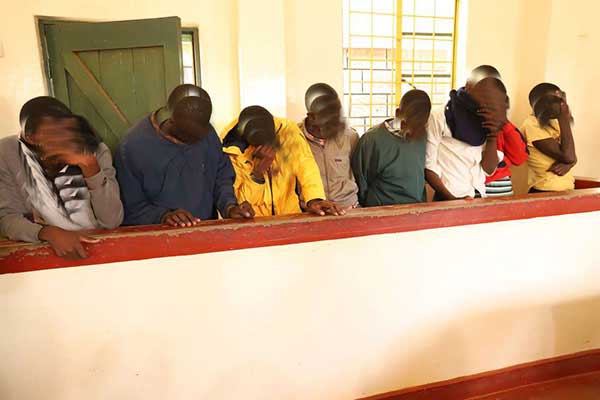 Director of Public Prosecution, DPP, has withdrawn the case that was involving 16 boys of Ambira boys who were captured in video insulting CSs Amina and Matiang’i.

In a clip that was shared widely on social media, the students claimed to have cheated in the 2018 KCSE exam. They were also seen outrightly hurling insults at education CS Amina Mohammed and her Interior counter part Matinag’i.

Last week, while appearing before Ukwala resident magistrate Gladys Adhiambo, 8 of the boys were remanded at Ugunja police station for seven days a move that was meant to give more time for investigation to be completed.

Eight more students were arrested between Monday 26th and Thursday 29th, bringing the total number of students arrested to sixteen.

Despite the video that went round showing indecent behavior exhibited by the former Ambira boys, lack of enough evidence was cited as the reason why their case was withdrawn.