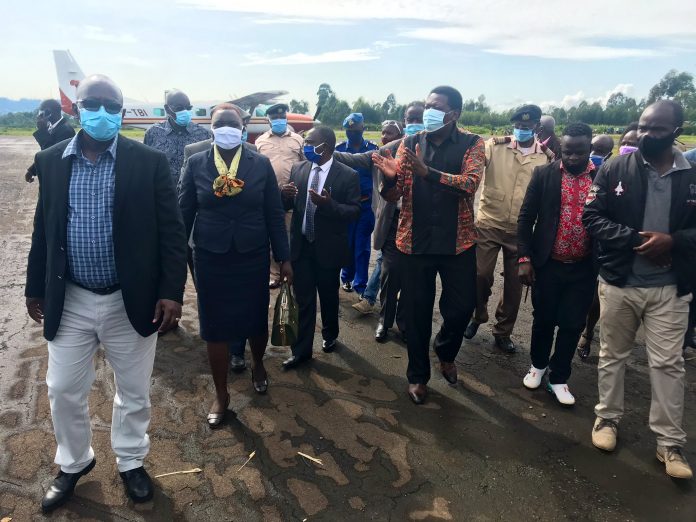 There was drama in Webuye town as Devolution Cabinet Secretary Eugene Wamalwa, accompanied by Musikari Kombo, remained marooned and stranded in the local airstrip fearing an attacked by suspected hired goons by local Ford Kenya officials.

The cabinet secretary who was accompanied by former cabinet ministers Noah Wekesa and Musikari Kombo were on a mission to donate food to vulnerable members of the community in Bungoma County following the vagaries of floods and the global Covid-19 Pandemic. Eugene Wamalwa was also scheduled to meet a section of western leaders and Bukusu elders. 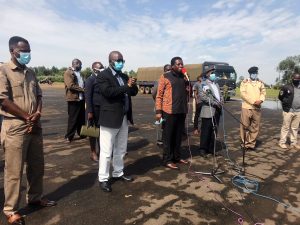 However, sources indicated that the unfortunate event is related to events of the past week where Ford Kenya leader Moses Wetangula was ousted as the party leader.

CS Wamalwa is accused by Ford Kenya Leader senator Moses Wetangula of working with forces opposed to his leadership in the party.

Wetangula has since accused CS Wamalwa of working at the behest of Opposition leader Raila Odinga and Cotu Secretary General Francis Atwoli. Trouble is said to hav3e started when officials announced that Kanduyi MP Wafula Wamunyinyi is the new party leader.

A media communique later stated that Wetangula had been ousted for “gross misconduct, moral impropriety and violation of the Party Constitution.”

“The Party leader Hon. Moses Masika Wetangula is hereby dismissed from the position of the party leader on account of gross misconduct, failing to provide inspiring to the party and failing to be the symbol of unity in the party,” part of the statement read, in what was later dismissed by the Bungoma Senator as the work of imposters.