More
HomeEducation NewsTSC PortalConfusion as TSC and KNUT differ over Promotion of 30,000 teachers

Confusion as TSC and KNUT differ over Promotion of 30,000 teachers 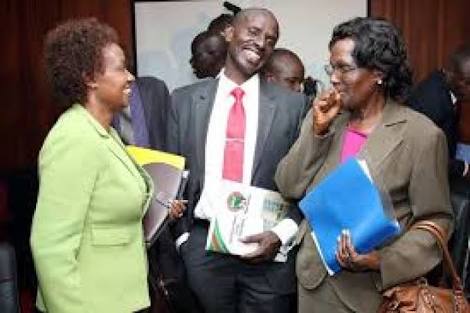 TSC through head of corporate communications Kihunba Kamotho has released a press statement in a bid to disabuse the public of information reported by one of the leading daily pertaining promotion of 30,000 teachers.

This is what part of the press statement was saying “The attention of the Teacher Service Commission (TSC) is drawn to a lead story in today’s Daily Nation that 30,000 to get higher grades.”

Yesterday KNUT and TSC held a marathon meeting that lasted for six hours and later TSC released a statement that issues raised by KNUT were to be addressed fully through a five-day retreat that will commence on 30th September, 2018.

Which way for teachers?

Its turning out uglily that teachers cannot get information concerning their issues. What remains unanswered is whose interests are the unions serving? The Union met with teachers employer for six hours, but nothing worthwhile can be presented before the table.

The fact that TSC and KNUT have released two opposing statements it distinctly shows that the interest of teachers were not prioritized in yesterdays meeting. According to Daily Nation Mr. Session was reported to say that TSC also admitted that promotion of more than 30,000 teachers must be done and the scheme of service that were in place but replaced must be reinstated “. Why is TSC and KNUT releasing contradicting statements?

Here are key issues from press statement released by TSC on 24th August, 2018 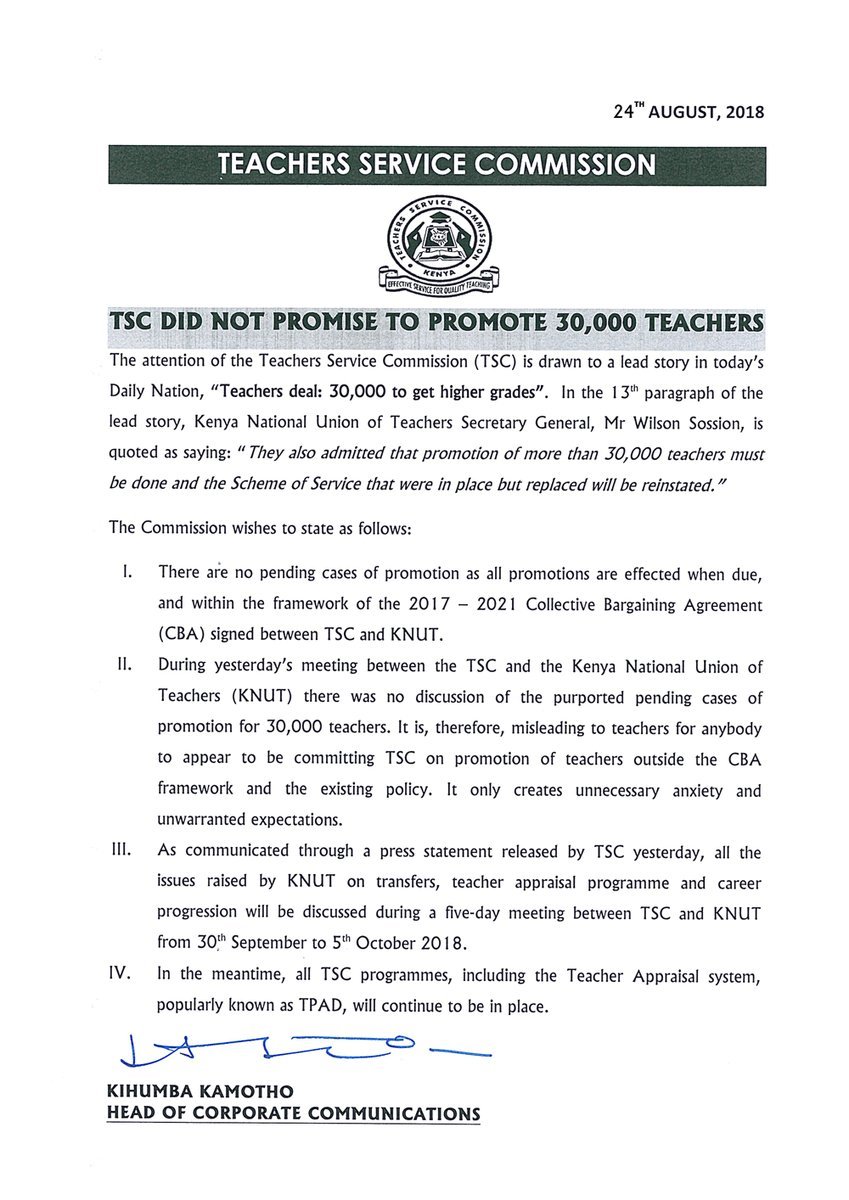