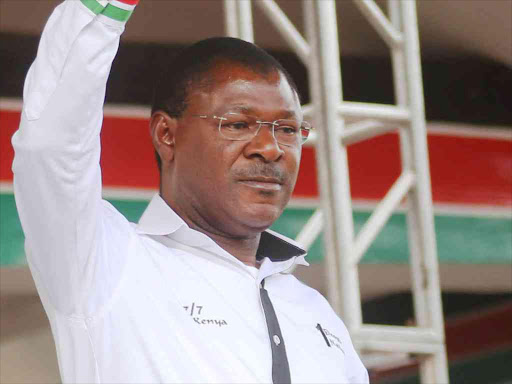 Bungoma Senator Moses Masika Wetang’ula’s camp on Thursday secured an early win in the tussle for the control of Ford Kenya. The Registrar of Political Parties says notice of Moses Wetang’ula’s removal was not properly signed by authorised Ford Kenya party officials.

Two warring factions of the party on Tuesday filed documents at the registrar as the bona fide office holder. 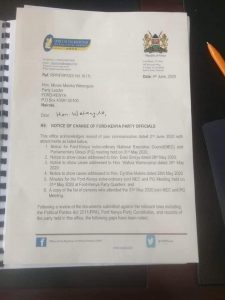 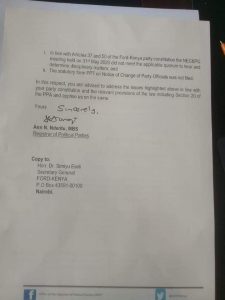 One group, led by Kanduyi MP Wafula Wamunyinyi and his Tongaren counterpart Eseli Simiyu, notified the Registrar of Political Parties Anne Nderitu that a special National Executive Council sitting had replaced Wetang’ula as the party leader.

Ms Nderitu now says Wetang’ula’s ouster had gaps as the statutory form PP7 presented by Wamunyinyi’s team was not properly signed by the authorized officials as per her office.

Form one 2021 students who were selected to join various secondary schools are expected to report from 2nd to 7th August 2021. This class will...
Read more
General

Recently Teachers Service Commission, TSC, has dealt a blow to several teachers who had to be disqualified from the recruitment exercise. In this write up,...
Read more
General

Teachers Service Commission (TSC) recruitment is one of the most transparent process as far as government employment is concerned. The whole process starts with the...
Read more
General

TSC To Commence Mass Transfers Of Families Separated By Delocalization

Teachers whose families were separated following mass transfers that were executed by the commission have something to smile about in the new 2021-2025 collective...
Read more
General

TheKenya Universities and Colleges Central Placement Service (KUCCPS) has opened online application portal is open for the third and final revision of choices for placement to...
Read more
General