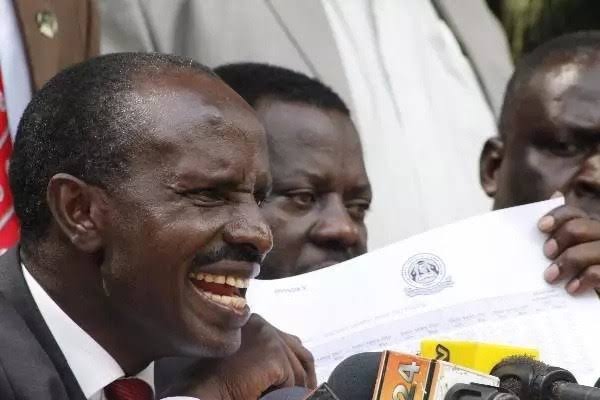 Kenya National Union of Teachers has come up with a more refined way of fighting for teachers’ promotion. Initially, the Union was approximating the number of teachers with higher qualifications, but now it has decided to collect exact data.

Data being collected will give Knut more energy to confidently push for promotion of teachers with higher qualifications. Through circular dated 16th Knut deputy SG has said that the data will necitate Friday’s talk with tsc.

“This is to necessitate our talks with the TSC regarding the issue of ‘Teachers Promotion’ during the meeting scheduled for Friday 19th October, 2018.” said KNUT deputy SG, Hesbon

Teachers with higher qualifications will be hoping to be considered for promotions after Friday’s meeting between the KNUT and TSC in Nairobi.

The new move taken by the union has renewed teachers’ hopes that had dwindled long time.

Teachers with higher qualifications have suffered for long period with union efforts to push for their promotion bearing no fruits.

Teacher service commission has remained firm concerning their position on promotion of teachers. The commission, insists that teachers’ promotion to be based on work output and tpad ratings.

All eyes are now set on Friday’s meeting to see whether tsc will bow down to Knut demand of promotion of teachers with higher qualifications.

List Of Essential Documents To Attach To TSC TPAD As Evidence

Teachers Service Commission, TSC, has released a list of evidences that teachers can attach while filling their TPAD online. Read also: How to create new...
Read more
TSC NEWS

How To Apply For TSC Replacement Vacancies 2021 Via hrmis.tsc.go.ke/app/login