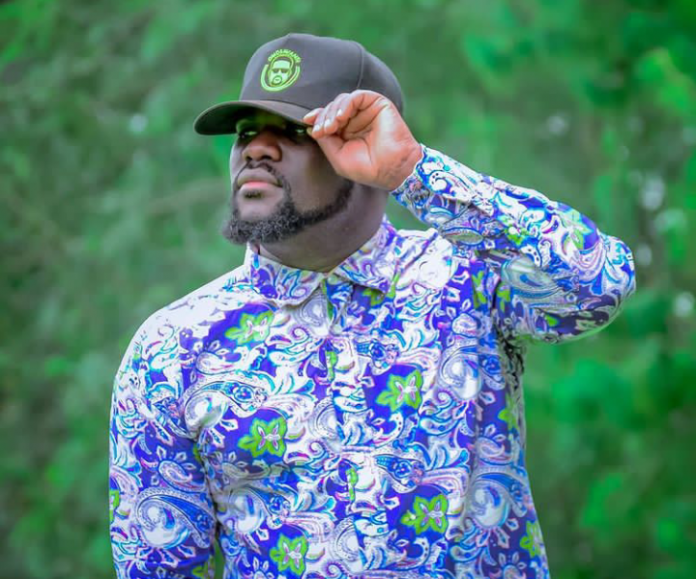 Meet Davison Nyaberi Mong’are, the undoubtedly Gusii’s top rated artist, known by many as Babu Gee Omosanyansi who finally agreed for an interview with Denis of Nyamwembe TV.

To watch full interview check out the video below;

Babu Gee recorded his Ujinga Ni hit song while still in form two at the Jomino Records, the song caught everyone’s attention and that was just the beginning of his successful music career.

The super talented musician explained the origin of his artistic name, Babu Gee, and stated that the name was given to him by her mother while he was still young.

Switching from Kiswahili to Gusii language

Despite starting as an ordinary Swahili/Sheng artist, he felt the urge of doing Gusii Music which was by then down rated and for this he saw no one else could do it better other than himself.

This has however been fruitful because he has mentored a bunch of upcoming artists in the genre. He is among the pioneers and thriving artists of Gusii Modern music.

Released in 2017 January, Ntwarwara Tiga Toragere, meaning to celebrate after a struggle the introduced him to the Gusii scene.

The love of his wife, Moraa Antoni was evidenced throughout the interview, He insisted on the importance making one’s relationship public as many people are looking up to them. Babu Gee added that it is his uninterrupted routine to call his wife everyday in the morning and in the night before he sleeps.

He added that for him to engage in a relationship with any woman, she has to be beautiful, well mannered and Godfearing.

Musician he looks up to

Samidoh, the Gikuyu song maker makes it at the top of the list of the artists Babu Gee wants to do a collaboration with.

He acknowledges the fact he was among the artists who were shortlisted to perform at the Mashujaa Day celebrations which were held on 20th October at the Kisii Stadium, this was because he had the chance to show off what he was made of to the nation.

The Mokomoni bred musician has bigger plans and he is hopeful that in two years to come, he would be known all over the country, not only in his county and by people who understand Gusii language.

Connect With Babu Gee Omosayansi on: