Jambo News
Home General A secondary teacher sentenced to three years in prison for slapping a... 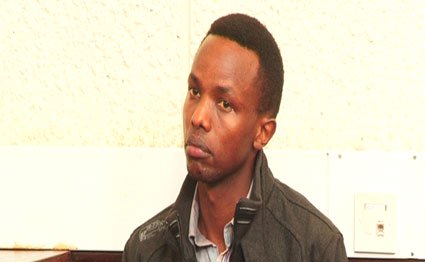 A secondary school teacher by the name Wycliffe Kingori Mwangi was on Friday sentenced to three years in prison for slapping a student.

The teacher was found guilty of assaulting a Form Two student at Kaaga Girls High School on March 24, 2014, a slap that left her with a ruptured eardrum.

The teacher was found guilty of assaulting a Form Two student at Kaaga Girls High School on March 24, 2014, a slap that left her with a ruptured eardrum

While sentencing the teacher, Chief Magistrate Lucy Ambasi said that she had no doubts the accused assaulted the minor which compelled her to undergo an operation to correct a partial hearing loss.

“I find the accused, who has been charged with slapping the complainant thrice leading to secondary ear infection and subsequent partial hearing loss, guilty of the offence,” said Ms Ambasi.

The school had accused the girl of practicing lesbianism, but the magistrate noted that she had not been previously indicted by the school of the same and was not given a chance to defend herself.

It is important to note that last year TSC released a circular on safety of learners that outlawed any form of punishment to students. To get more information about this circular click here.

How To Upload Grade 4, Standard 8 Assessment Marks Onto KNEC LCBE Portal Via lcbe.knec.ac.ke

Once a teacher has successfully emerged victorious in a recruitment process what follows is filling of an employment form. Prospective TSC employee should be...
Read more
General