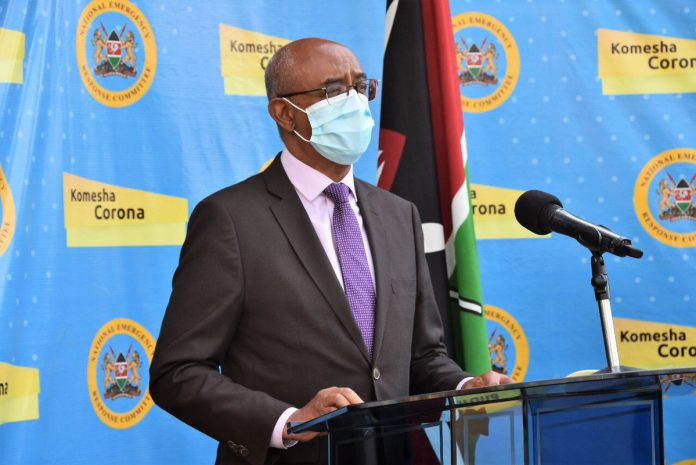 The CAS announced that 72 new Covid-19 cases have been confirmed in the last 24 hours bringing total tally in the country to 2,093.

The good news is that 17 patients made full recoveries and were discharged bringing the total number of recoveries to 499.

He further reinforced that truck drivers were to continue taking Covid-19 tests 48 hours before every trip and carry their negative certificates throughout the East African borders.

“It is unfortunate that some of our truck drivers are not following instructions hence causing problems at the borders,” he stated.

He further noted that people have already thrown caution to the wind and engaged in behavior that could hurt the Covid-19 containment process.

“The stage where we are in this fight requires that we remain focused and united… the behavior and attitude by a few of our people suggests the opposite. There are those of us who for reasons only known to themselves do not want to obey the containment measures” noted CAS Rashid.

748 Air Services that has grown into one of the most reliable companies in the region is pleased to announce the resumption of daily...
Read more
Breaking News

Bluebird Aviation is one of the leading regional airlines that has reported a slight rise in demand for its private charter flights since the...
Read more
Breaking News

The Kenya Universities and Colleges Central Placement Service (KUCCPS) has extended the school/centre application period to April 16, 2021 to allow schools that have...
Read more
Breaking News