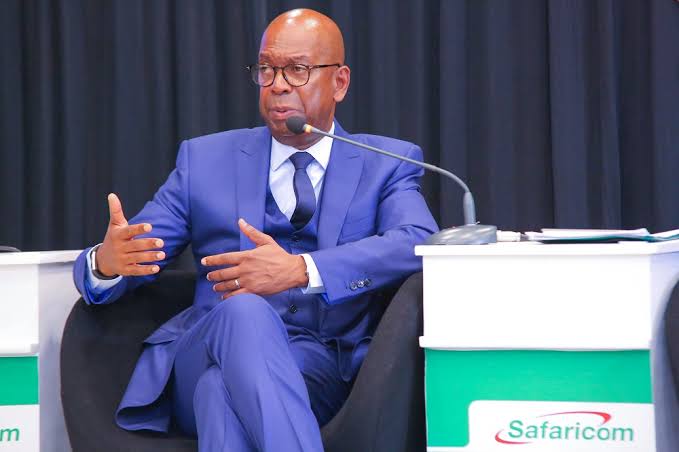 Former Safaricom boss Michael Joseph has made his way back to the Safaricom Centre as the acting CEO of Safaricom after the untimely death of Bob Collymore.

The giant telecommunication company announced on Tuesday that Michael Joseph will be the acting CEO until they make a permanent appointment.

The company’s secretary Kathyrene said in a statement that Michael will provide the necessary guidance and leadership to the company at this position.

“The board is confident that during this transition, Mr Joseph will provide the necessary guidance and leadership to the company and its employees,” she said.

Michael Joseph 67, was born in South Africa by American parents and he is currently the chairman of the board of Kenya Airways.

Eulogizing Bob Collymore, Michael Joseph stated that when he handed over power to Bob Collymore many people doubted him bit whatever he did afterwards left them surprised.

Bob Collymore who succumbed to Acute Leukemia barely two months after resuming from medication abroad took over from Michael Joseph in November 2010, he led until 2019 when Safaricom extended his contract due to lack of a suitable successor.

Collymore’s death on Monday morning left many Kenyans in shock just  a month after spending 10 months in the United Kingdom undergoing treatment.

Days after his return during an interview with Jeff Koinange on JKL,  the ever happy CEO revealed that he had been feeling unwell for some time and was misdiagnosed with Vitamin D deficiency.

The CEO is set to be interred today at Kariokor,  Nairobi.  May his soul rest in eternal peace.