More
HomeEducation News5 most deadliest terror groups in the world and when they were... 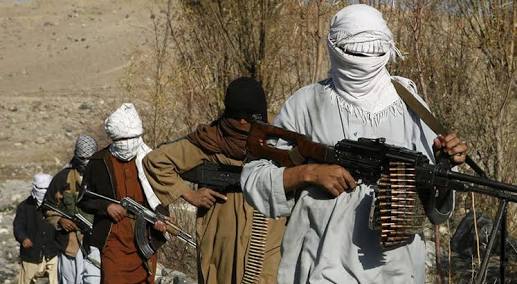 Apart from terrorists and notorious groups  making life unbearable, the also retard the economic growth of a country.

It is worth noting that behind every successful terrorist organization stands a financial system and in many cases, it’s a country. The following are most dangerous terror groups in the world;

Boko Haram literally means that western education is sin. It is one of the most dangerous and deadliest terror group based in Northern Nigerian. Boko Haram became more popular when it abducted more than 200 girls in 2014. The group has launched several attacks in Cameroon, Niger and Chad killing more than 5,500.

Without much information, this is one of the most notorious terrorist organization in the world. It was formed in 2002 and since then over 7,000 people have been killed. Through ISIS, many have been injured, displaced, tortured, sold to slavery, and also forced to convert to Muslims.

Founded in 2006, Al-Shabaab means youth in Arabic. Its a Somalian militant organization whose main objective is to overthrow country’s In based government. The group is responsible for series of attacks in Kenya and in 2015 it killed 148 university students in Garrisa University.

It was founded in 1990s by the slain Osama Bin Laden. The terrorist group is responsible for dozens of major attacks since the early 1990s, including the 1998 US Embassy bombings in Kenya and Tanzania, the 2002 Bali bombings, the 2004 Madrid train bombing and the 2005 London bombings. It was weakened when its leader Osama was Killed by president Obama’s government.

This terror group is famed for activities like, human trafficking, extortions, suicide bombing, drugs and forced prostitution. Taliban originated in the Afghanistan-Russian war of the 70s and 80s. Its not possible to estimate the number of deaths and the amount of destruction caused by the group, but its believed that more than 175,000 people have been killed in Afghanistan and Pakistan since 2001.