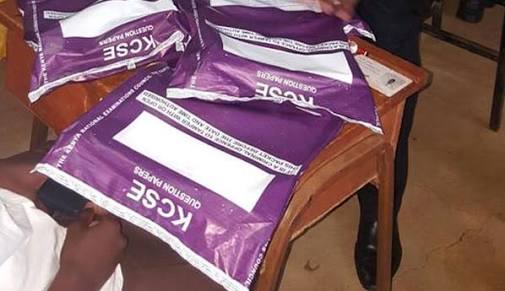 Names of 30 school heads who were mentioned adversely over plans to cheat in national exam have been forwarded to TSC for interdiction.

Its alleged that school heads were soliciting funds from parents in order to purportedly buy leaked exam papers.

KNEC chairman Prof. Magoha had earlier hinted that some principals were collecting up to ksh 30,000 so as to aid in exam cheating.

“We will not reveal the names of those people but instead give them a chance to reform before the exams begin,” he said.

Read also: 4,000 schools under scrutiny ahead of national examination

Trusted sources at the Ministry of Education and the Kenya National Examinations Council (Knec) revealed yesterday that heads could be interdicted even before the tests began.

“In just a few days some heads will be put on their defence to explain what investigations have unearthed,” said a senior ministry official.

Read also: Reasons that can lead to interdiction of teachers in Kenya

The standard has reported that TSC had already been furnished with the list of school heads for action, and they could start facing disciplinary panels to explain their actions ahead of the national examinations.