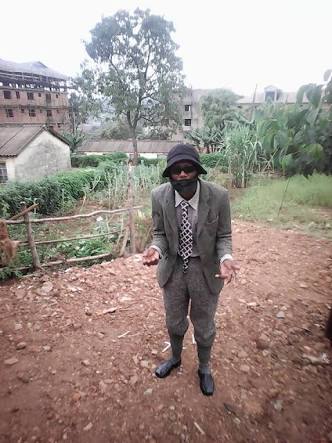 It has been revealed that prior to the dramatic Saturday morning episode, his wife, Teresa Moraa hinted of a possible misunderstanding between the couple.

This loosely translates to: ” If someone says he wants to commit suicide along with his children, what can you do? Please advice.”

It is increasingly clear that the philanthropic comedian predicted his death. A video clip that has been seen by Jambo News is a clear indication that Mr Mochere was right cornering his premonition.

This literary translates to “even me I was given a letter am going, hope when I will die you’ll come in large numbers” These words were said during the send off of the late great gusii musician Onsongo O’mosongo.

Here is the video clip