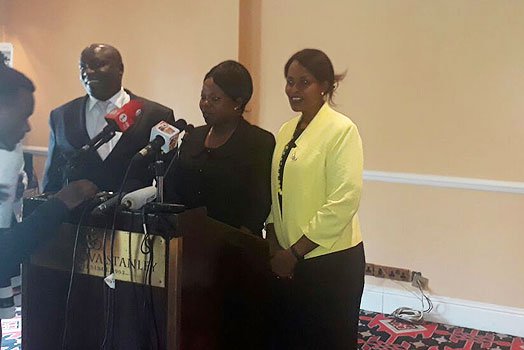 Three electoral commissioners  have  resigned citing a lack of faith in the leadership of IEBC chairman Wafula Chebukati.

“The chairman has in several instances failed to be  steady and stable hand to steer the commission ship,” Ms Mwachanya said  in a joint statement.

“This race to chase ghosts that do not exist must stop. We must banish the external players from the commission boardroom and regain the independence of the commission,” they added.

The move is set to put to question credibility of last general election.