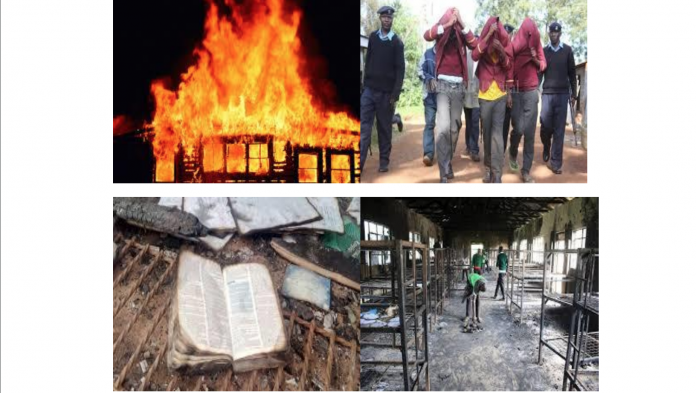 Arson attacks in schools has become one of the a thorny issue in secondary schools. Coincidentally, this vice is always rampant in term two and most schools that are affected are boarding.

Undeniably, student unrests and strikes have been perennial occurrences in Kenya, resulting in wanton destruction of school property and at times loss of life. There have been various efforts to address this phenomenon.

Research has revealed that the underlying cause of recurrence of student unrests and violence is as a result of the convergence of many factors finding expression in second term for various reasons.

The research also ranked fear of exams as one of the major reasons for the burning of secondary schools in second term. For most Kenyans, excelling in academic and professional examinations is considered key to overall life success hence the rigorous testing of the level of preparedness for Kenya Certificate of Secondary Education candidates.

“It’s a working term; it’s always been a tough term for candidates. However, collective outrage has marked a watershed for a Country that had often shut eyes to the teen violence in secondary schools in second term,’’ read part of the report.