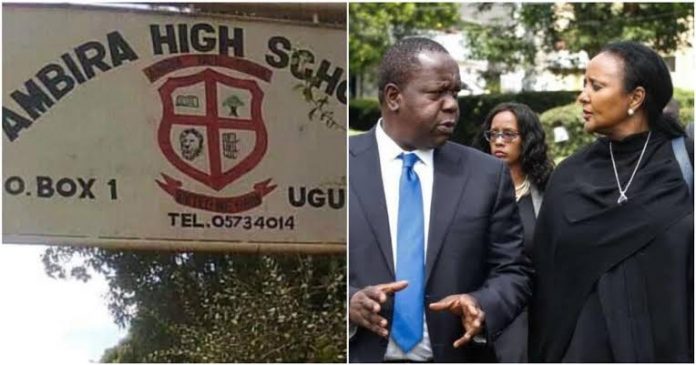 Eight Rambira boys who claimed to have cheated in KCSE will put behind bars for next days. They were seen hurling unimaginable names at CSs Amina and Matiangi in a video that went viral last week.

The uncouth candidates appeared today before Ukwala resident Magistrate Gladys Adhiambo but they didn’t take plea. The prosecutor requested for seven more days to conclude the investigation of the alleged exam cheating.

They will be detained at Ugunja police station up to Monday 3rd when their case will be mentioned again.

The boys claimed to have cheated in KCSE despite stringent measures that were put in place to seal all loop holes.

KNEC chairman Magoha ruled out the early measure of cancelling the results for the whole centre. He said individual candidates will carry their own crosses to avoid punishing innocent candidates.

KCSE 2018 will be concluded on Wednesday 28 November. Marking exercise  commence immediately on Thursday.