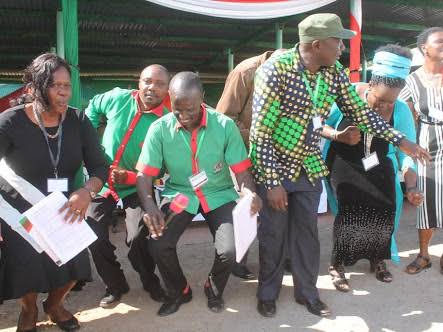 The 61st annual delegates conference that will kick off Wednesday 12th December, 2018 is expected to bring together more than 2000 delegates. The three-day event will provide a fertile ground for the giant union to present pressing issues to the teachers’ employer, TSC.

Among those who have been invited are Teachers Service Commission CEO Nancy Macharia and other top officials. President Kenyatta, Education CS Amina Mohamed and her PS Belio Kipsang are also expected to grace the much awaited conference.

Among the issues that have remained unresolved are; promotion of teachers upon attaining higher qualification, delocalisation program, teacher appraisal program and career progression.

Last year during the 60th annual delegates conference in Mombasa, the union asked their employer to do away with the appraisal tools, repeal the delocalisation policy and improve on promotion of teachers.

Through a report that is set to be presented at the summit, Mr. Sossion has indicated that twelve months later, non of the issue has been resolved.

“Twelve months down the line, TSC has not addressed any of the concerns,” Said Hon.Sossion who is KNUT secretary general.

Hon. Sossion further says that lack of career progression has sent teachers to a state of anxiety and hopelessness. This has greatly eroded teachers morale.

“Lack of career progression and adequate continuous professional training can easily be noticed. These tribulations have driven teachers to a state of anxiety, uncertainty and desperation, hopelessness and despair,” Said Sossion.

Sossion who is also ODM nominated mp indicates that more than 30,000 teachers have acquired higher education but contrary to expectations, they have remained in same job group since 2014.

The delegates will on Friday vote to replace officials who have completed their term in office.

The positions that are being contested for are; chairman, 1st vice chairman, 2nd vice chairman assistant deputy Secretary general and three national trustees.

On the other hand, Mr. John Matiangi, who is National treasury of KNUT is urging delegates to Marshal their votes being Mr. Patrick Karinga who is also vying for the position of 1st vice chairman.