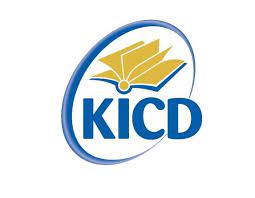 The Ministry of Education in the process of approving new set books for secondary schools and Teachers Training Colleges (TTCs).

These new set books will be used starting May 2022 when the current Form two students will be in Form three.

It is a norm of the government to replace Kenya Certificate of Secondary Education set books after a period of four years.

The process of replacing set books replacing is subjected to a rigorous panel, which constitutes officers from The Kenya Institute of Curriculum Development (KICD) and quality assurance standard.  Officers from the Ministry of Education (MoE) are included in the panel.

Other officers who play a vital role in the evaluation process include Teachers, tutors in TTCs and university dons in English and Kiswahili.

The key role of KICD is to evaluate the books to determine suitability for use in relation to the objectives of secondary and TTC curricular.

A total of 142 set books were received by KICD from 39 publishers during the Month of March this year. Of these 142 books, 90 set books were for Kiswahili and 52 for English.

So far, 10 books have been vetted and prescribed.

They include, A Grain of Wheat by Ngugi wa Thiong’o, Perched Earth by Elieshi Lemo, The Successor by Francis Imbuga, The Floods by John Ruganda and Julius Caesar by William Shakespeare.

Others are, Edited by Chinua Achebe, Dilemma of a Ghost, by Ama Ata Aidoo, Maru by Bessie Head, Time and River by Zee Edzell and Silas Marner by George Eliot.

2021 Elimu Scholarship For KCPE 280 Marks & Above; Eligibility, How To apply, Targeted Sub-counties

The marking exercise for the Kenya Certificate of Secondary Education (KCSE) Examination that started three weeks ago has officially ended today.  I take this opportunity...
Read more
Education News