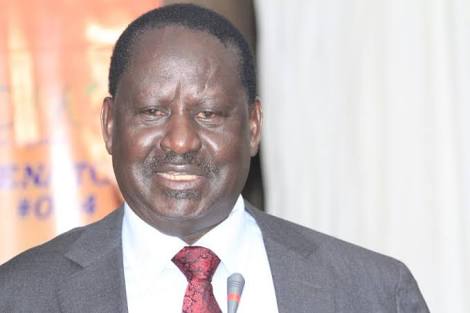 Through a statement sent to newsrooms, NASA leader Raila Odinga has thanked the opposition MPs for supporting the party’s resolution to vote for the Finance Bill in the National Assembly on Thursday. This is coming a barely two days after President Uhuru Kenyatta assented to the Finance Bill 2018, after his proposed amendments were passed by parliament.

“Mr. Odinga therefore thanks those members who, despite different concerns, were able to honour their word and commitment to the party and looked at the larger picture in line with the party and the coalition’s dream of finding longer-term solutions to the country’s ages old problems,” read part of the statement signed by his Spokesperson Dennis Onyango.

Odinga further commended MPs for displaying outstanding discipline during the whole process. seek to actualize the dreams of the country’s rebirth and re-engineering as contained in the nine-point Building Bridges MOU.