Mwaani principal in trouble for mistreating a KCSE Candidate 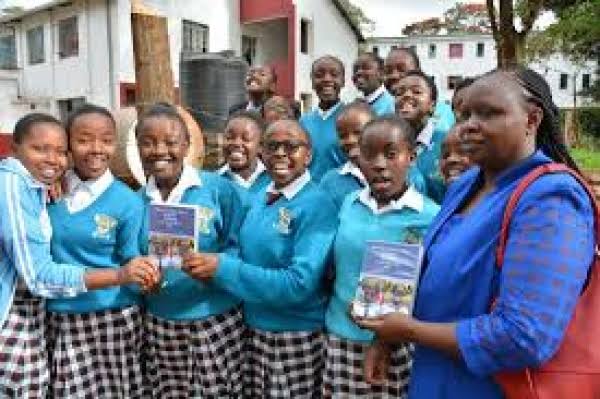 The girl whose father, who is now dead, used to work at the school spent most of the third term at home due to fees related problems; even after well wishers raised a huge some of the fee balance that was paid to the school.

In a memo dated 12th November, 2018, the Senator outlines full details on alleged misconduct by the principal and why he wants action taken against the principal. Here is an excerpt from the letter sent to the Education Ministry’s Principal Secretary, PS, Dr. Belio Kipsang;

“I refer to a story that has been circulating in social media on the unfair treatment of a form four candidate, Brigitta Wayua Sammy, in the said school (Mwaani Girls’ Secondary school) by the principal.

It is alleged that the girl’s father had been employed as a security officer in Mwaani Girls’ Secondary School since 2012. His two daughters were schooling in this school, on an arrangement on settling school fees. His elder daughter, Justina, completed her studies and is now a fourth year (student) at Maseno university. His second daughter, Brigitta who is currently sitting for her KCSE (Kenya Certificate of Secondary Examinations), has not had an easy time in school for the whole of this year (2018) after his father lost his job in the school. (She, Brigitta, is herein after referred to as the student).

Brigitta’s school life changed drastically when the new principal, Mrs. Joan Muchina, was transferred to Mwaani Girls’ Secondary School. She dismissed her father a week after her arrival without paying his terminal dues. In the same week, the girl was sent home for school fees. She was home for three (3) months before her sister highlighted the case in a face book post in May 2018. A whatsApp group was formed which we (used to) raise around Ninety thousand shillings (Kshs. 90,000). Her balance was around one hundred and seventy thousand (Kshs. 170,000).

The Principal allowed the girl in school for only a few weeks but sent her home again shortly, thereafter.

On or about September 2018, Justina (Her elder sister) paid seven thousand and five hundred shillings (Kshs. 7,500) being her third term fees, using her HELB (Higher Educations Loans board) loan but the principal still sent her home at around 6.30 pm. She walked for over twenty kilometers (20km) to her home at west Ngoini, Muvau ward. By God’s grace she arrived safely at midnight.

Unfortunately, her father died on 16th October 2018 while undergoing treatment at Kikima, Mbooni Sub County Hospital. The school ignored the matter even when he was a parent of one of their students and a former member of staff.

The mother of the student pleaded with the principal to allow her back to school to no avail. Instead, she hauled insults to her in front of her daughter. The student spent her third term at home until a week to the commencement of the Kenya Certificate of Secondary Examination when her class teacher called to inform her to go to school for her exam.

The principal has called and texted Justina severally threatening to deal with her, if she keeps on exposing the ill treatment of her younger sister. She has sent Justina’s neighbour to inform her that she will sue her for defamation. she has also threatened to write a story about her father’s death, which she alleges was suicide (due to suicide).

Justina has already lodged a formal complaint with the County Director of Education, Makueni County.”
Senator Mutula, who is also the Senate Minority Whip, now requests Dr. Belio Kipsang to investigate the matter.