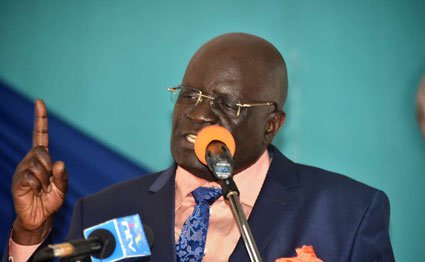 Marking of KCSE 2018 is set to kick off this week on Thursday under tough regulations. The exercise will be concluded mid December to allow the results to be released timely.

During marking makers will be expected to  put-on badges that clearly display their names and photograph. They must also remain in the centre for the full exercise, and are not allowed to spend outside.

The marking exercise will take place in suitably chosen schools in Nairobi.

No examiner is allowed use a mobile phone in the marking rooms. They are also not allowed to use laptops and tablets.

Standard has reported teachers will earn co-ordination fee of Sh150 per day, a basic fee of Sh1,100, and scripts fee at the rate of Sh55 per script.

The scripts rate takes care of all marking related activities including and not limited to the actual marking of scripts, entry of scores on mark sheets, cross checking, adjudication and report writing.

Last year’s KCSE was unexpectedly released before Christmas a move that got many candidates unaware. This was due to tight timetable that saw teachers waking up as early as 4am and sleeping as late as 10pm.

How to Check KCSE Results 2022 via SMS Code, Results Online