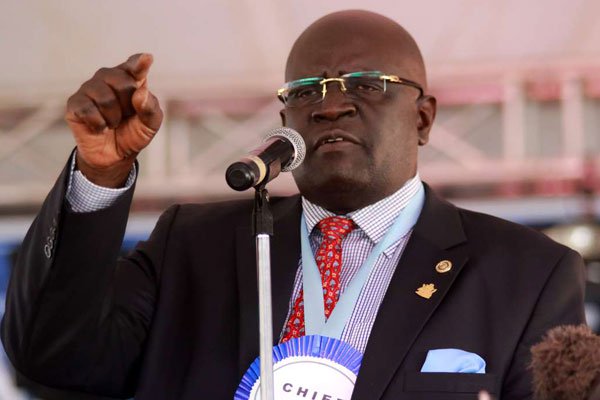 The council indicated that in order not to disadvantage the affected candidates, the 3,427 are free to register afresh for KCSE 2019.

“However, in order to tamper justice with mercy, the council decided that these candidates should be encouraged to register for these year’s exams before close of registration on February 15,” Said Magoha while releasing the report.

The KNEC chairman blamed negligence of  center managers, supervisors, invigilators and personnel on the ground for malpractices in national exam.

“These malpractices took place due to negligence by omission or commission, not of the children, but adults like us in the form of center managers, supervisors, invigilators and personnel on the ground,” he said.

The council applauded 31 counties that no exam malpractice was reported but in the same energy and tempo,  challenged counties that were involved in the exam irregularities.

Among the counties that were adversely reported to have engaged in exam malpractice include; West Pokot, Kericho, Machakos, Kisii, Narok, Elgeyo Marakwet, Bungoma, Kisumu, Isiolo, Turkana, Mandera, Garissa and Mandera.

Professor Magoha further indicated that during investigation the council applied international best practices in the identification of collusion by scrutinizing patterns of similar responses from candidates.

The council found out glaring collusion among affected candidates including identical errors in calculation, correct responses after incorrect working, identical choice of words, similar correction by a group of candidates.

The Kenya National Examinations Council (KNEC) has issued new guidelines affecting the hosting of schools with less than forty(40) candidates during the conduct of the...
Read more
KCPE 2021

Kenya National Examination Council is the body that is mandated with responsibility of registering new examination body. New schools wishing to be registered as KNEC...
Read more
KNEC Portal