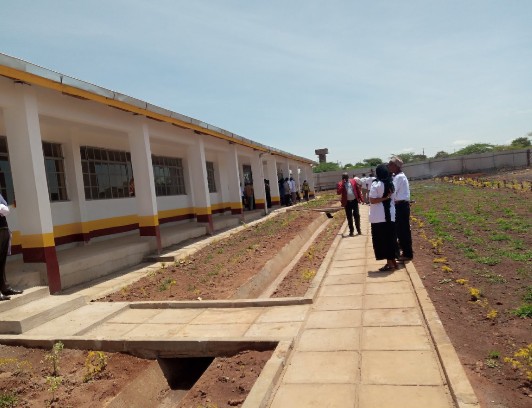 Kenya Medicine Training College (KMTC) – Isiolo Campus is one of the 67 constituent campuses of KMTC. It was founded in September 2016with the support from the Isiolo County Government. The campus is located at the Isiolo Level 5 Hospital grounds in Isiolo, Isiolo County, Kenya.

The KMTC Isiolo Campus has clubs, societies and sports. These offer extra-curricular activities that come in handy in ensuring that the student keep themselves busy involved and entertained when they are not doing schoolwork. It also helps build togetherness within the institution. Sporting activities include football, volleyball, handball and basketball whereas societies include all the religious organizations such as Christian Union, Seventh Day Adventist, Young Christian Society and Muslim.

Click HERE to view the KMTC fee structure for both self-sponsored and regular students.

Concern as a Section of Classes at Kiamabundu Primary School Collapse