Residents of Gesima ward in Kitutu Masaba, Nyamira County, have come out strongly to castigate the County government for failing to maintain local roads. The angry residents castigated the county leadership for its ineptness. The road heading to Nyaboraire tea buying centre has been rendered impassable more so after the heavy rains pounding the area. The county government started renovating the road last year but the project stalled before completion. A photo of the deplorable state of the road, taken today, confirms the plight of the natives. They demand for speedy intervention by the CEC Transport, Roads and Public works, Mr. John Omanwa.

“The Nyamira county government must take stock of unfinished projects. Otherwise, it will be wastage of public funds (if the projects are left unfinished)” said Nduko Joshua, a local resident. This comes after the county government came under heavy criticism for spending a whooping Kenya Shillings seven million to construct a gate at Nyamira level five hospital.

The residents have threatened to write to the EACC to investigate rampant corruption at the county government that has seen most county employees going without salary for many months. The county government is on the spotlight for failing to set up any meaningful projects.

This comes after the treasury implemented the 16 per cent VAT on petroleum products; a move that has led to increased transport costs, countrywide.

In related news, Kenyans came to face with the effects of the increased prices of petroleum products as fares shot up tenfold, today. Many routes saw an exponential increase in fares by an average of Kshs. 40 per Kilometer. The members of parliament plan to hold a ‘Kamukunji’, tomorrow, to chat the way forward. 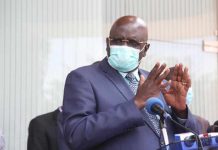 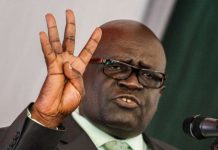