Heightened anxiety as KCSE 2018 results set to be released 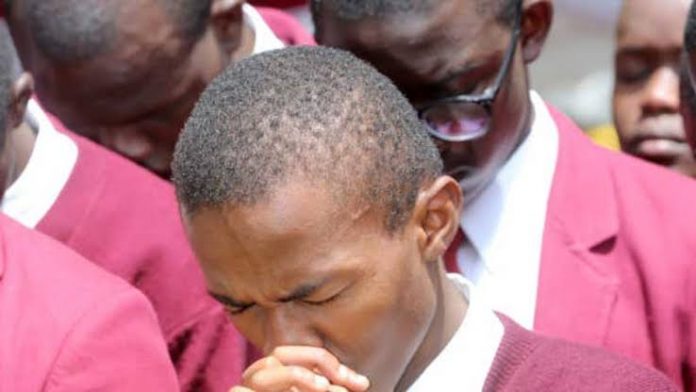 Bated breath for students, parents and teachers as KCSE 2018 results of the more than 664,000 candidates are expected to be released this week after marking of scripts was concluded last week.

According to anonymous source the marking started at 6am and went on until 9pm. An examiner was required to mark at least 100 scripts.

The whole exercise was carried out under tight security and strict supervision by Knec officials led by chairman George Magoha.

Education CS Amina Mohammed while witnessing the sealing of last paper at Nairobi School hinted that the exact release date of KCSE 2018 will be announced by the leadership of the country (President Uhuru Kenyatta).

Just like how KCPE was released in record time. Students, parents and teachers should expect the same with this year’s KCSE result.

Last year, KCSE was released on 20th December. Pangani Girls’ produced the best candidate in the country – Karimi Naomi Kawira scored an A of 87.011 points.

Sing’ore Girls’ High School in Elgeyo-Marakwet County topped with a performance index of 69.9 per cent. A total of 271 candidates were registered.