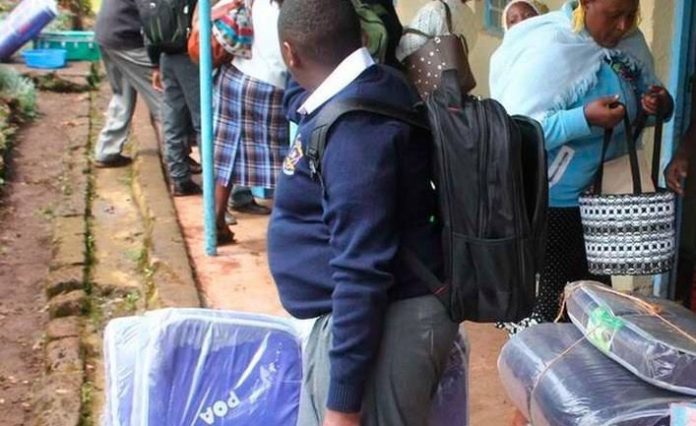 Millions of students went back to school yesterday, and their parents have begged the government to extend this term by one week so that they can prepare adequately for tests.

In addition, they requested that school administrations take the possibility of lowering tuition into consideration.

Students lost significant time due to a packed school calendar since midterm was closed four days earlier than expected and their return date was moved up four days. National exams will be given as scheduled in November, according to Education Cabinet Secretary George Magoha, who ruled out any extension of the term dates on Wednesday.

“Schools were to open on August 11, but this was pushed to August 18. Our appeal is that the school calendar be extended or if it is not possible, they reduce the school fees,” said Mr Nicholas Maiyo, the chairperson of the National Parents Association.

Prof. Magoha, however, asserted Wednesday in Kiambu that the students would catch up with the studying. “Our children are extremely resilient. Quite a number of them had completed their syllabuses. They have enough time to revise and their safety is of importance. Because we’re in a difficult transition period, let us hope that everything will go on well and that there will be no other interference with the calendar. Should there be need (for schools to close again, in case of a presidential election re-run), there will be wide consultations,” he said.

Many parents have also voiced their displeasure about the high cost of goods.

“We are really struggling to raise money to get some of the commodities in the market,” said Paul Kemboi, a parent in Eldoret town.