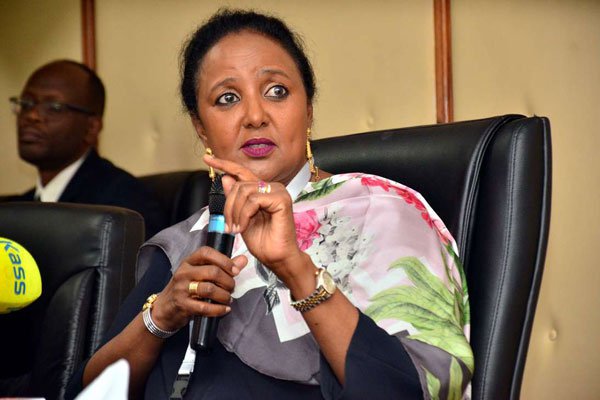 Ministry of Education has warned that form one students who will receive their letters directly from the principals will not be captured in National Education Management Information System-NEMIS.

Admission letters that will be issued directly will be invalid and illegal.

On the reporting day, schools will admit students using their Nemis accounts and students whose details will not be captured in Nemis will be considered not to have joined secondary schools.

The CS said schools must admit students only through Nemis, no school should violate the ministry guidelines.

“Only letters that have been downloaded from the admissions website are valid,” said Amina.

Students likely to be affected are those placed in national, extra-county and county schools but parents cannot raise required fees.

Also likely to be affected are students who have been admitted to day schools or institutions far from their counties.

“Students without Unique Personal Identifier (UPI) numbers will be expected to be issued with the same as soon as possible and not later than one month. Since enrolment data is from the system, schools are informed that the process should not be circumvented at all,” she said.

Form one selection exercise for sub county schools was manually done. Schools selected  kids from the manual results print outs from the Ministry.

After selection, the admission letters were written at school level, and then submitted to the Sub- County Directors of Education for distribution.

Form one students are expected to start reporting from January 7 and not later than 11th January, 2019.