Detectives: Obado was present around crime scene of Sharon’s murder 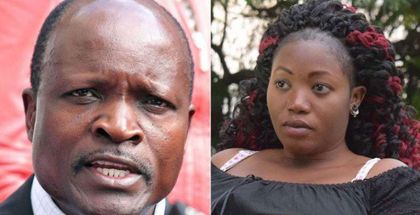 Sleuths, however, trace his mobile signals to Homa Bay on the material day.

Earlier, governor Obado told police that on the material day was in Nairobi.

“He had said that he was in Nairobi but we have since established he was in Migori and Homa Bay, these are the same places where Sharon was abducted and later killed. This raised the red flag on why he was misleading investigators,” a police source said.

Police have also revealed that the Migori County boss was ‘in constant communication’ with other suspects in the murder on that day.

Obado was arrested on Friday and will stay behind bars until Monday morning where he will be arraigned in court.

Obado’s lawyer Cliff Ombeta fruitlessly tried to secure the release of his client who had been requested to record another statement at the DCI headquarters on Kiambu Road, Nairobi, only to end up being detained.

Obado becomes the fifth suspect, including his personal assistant Michael Oyamo, bodyguard Elvis Omondi and a clerk in the county, Caspal Obiero, who are in police custody over Sharon’s murder.