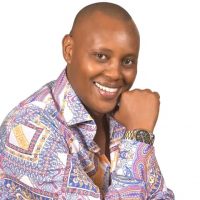 Belgut Constituency Member of parliament, Hon. Nelson Koech, has written to the Leader of Majority of the National assembly to initiate the process of urgently recalling MPs parliament.
This follows the implementation of the 16 percent VAT on petroleum products by the treasury.

“I write to request that you initiate the process of recalling the house, pursuant to order 29(1) of the standind orders.” Reads a memo seen by Jambo news crew.
“My request is informed by outcry from the public following the insensitive decision by the energy regulatory commission to gazette increased fuels prices”, adds Hon. Koech via the memo.

On Wednesday, last week, MPs voted to suspend, by two more years, the introduction of 16% tax on petroleum products that was to come into effect on Saturday, September 1, 2018.

But the National Treasury CS, Henry Rotich, insisted the 16 percent VAT on petroleum products would take effect on Saturday.

On Saturday September 1, 2018, the Energy regulatory Commission released an addendum to the maximum retail petroleum pump prices released on August 14, 2018, that adjusted the fuel prices in line with the 16% VAT.

In a rejoinder, Nandi Hills Constituency Legislator, Hon. Alfred Keter plans a major Kamukunji in Parliament on Tuesday at 11am to discuss the way forward after the unprecedented hike in fuel prices.