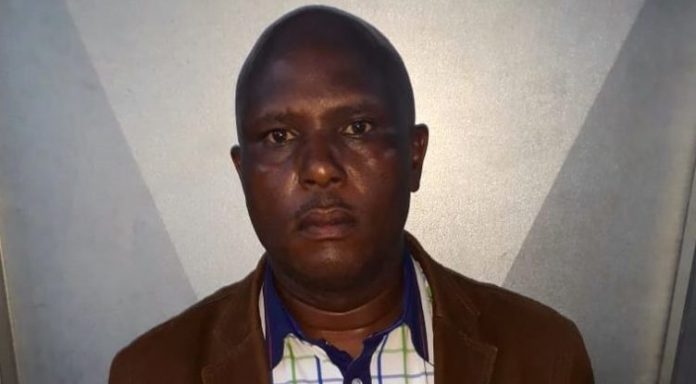 David Ngumbau, a teacher from Machakos who allegedly defiled a 9-year girl has been charged.

Mr. Ngumbau was arrested on Thursday by police after he was reported.

According to the DCI, the suspect who is 49 committed the heinous act to his Class Four pupil.

He was arraigned and charged in Mlimani courts in Nairobi on Friday.

Through his handle Director of Criminal Investigation, DCI, has vindicated that the teacher defiled the girl between 1st and 2bd August 2018

“Mr.David Ngumbau Daniel;a 49yrs old Teacher accused of defiling his 9yrs old Class 4 Pupil was today charged at the Milimani Law Courts with the offence of defilement.The suspect-who was arrested yesterday-committed the act on 1st & 2nd August 2018 at a school in Machakos County,” reads the tweet.