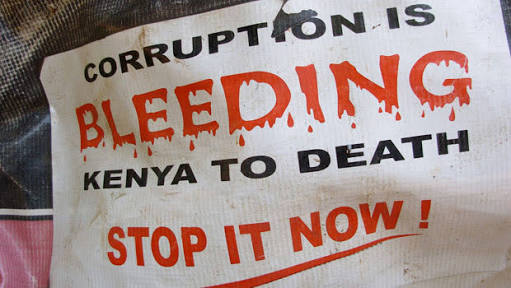 Everyday in Kenya is a new scandal that involves colossal amounts of money. Its shocking how the country is losing billions of shillings that goes unaccounted for.

The most affected is business of procurement that has created fertile avenues for unscrupulous public officers and suppliers to siphon public funds with abandon.

Despite the constitution giving more powers and authority to Ethics and Anti Corruption Commission (EACC), mega scams happen daily in different offices and only differ in form and magnitude. Procurement department is the one taking the lead.

It is very unfortunate that Kenyan citizens are captives of cartels. Cartels are running this country. Powerful people just make calls and have their way in stealing from the public.

The following are the top scandals that have hit Jubilee government.

The latest scandals that shocked many is fraudulent payments for maize supplied to the National Cereals and Produce Board (NCPB).

Scandals does not only energize public discontent, but also threaten to erode goodwill as well as scare away potential investors and donors.

Writing a technology essay is not an easy task. It requires an in-depth understanding of the topic, the knowledge of proper structure and format,...
Read more
Education News

Diploma in Primary Teacher Education (DPTE) is a new course that will replace P1 training. This course will target teachers who will teach primary...
Read more
Education News