TSC to Use July Recruitment Merit List In Subsequent(s) Employment 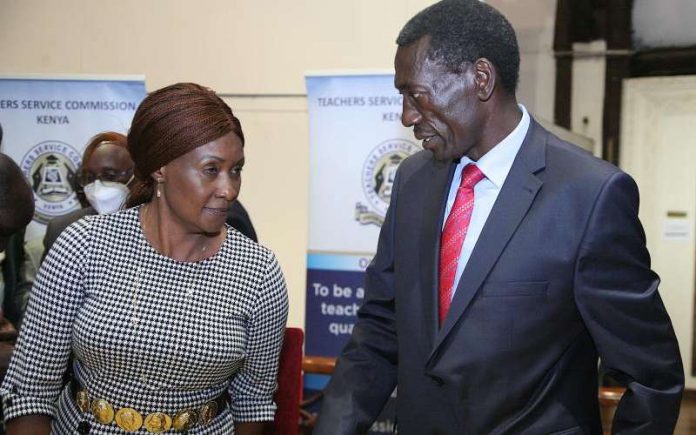 With almost 356,000 unemployed teachers applying for the 14,000 positions announced by the Teachers Service Commission (TSC) last month, the country’s unemployment crisis has once again resurfaced.

The large number of candidates sets the stage for a competitive recruitment process that will leave hundreds of thousands frustrated by their inability to secure employment. Despite a severe teacher shortage in public primary and secondary schools, this is the reality.

It is now clear that teachers’ employer will use the current merit list for subsequent recruitment.

A TSC recruitment roadmap states that the online application period ended on July 7 and that the shortlisted applicants would thereafter be made public on the TSC website. This is expected to be finished this week at any time.

It is official that for each of the advertised positions, only the top five candidates will be shortlisted, in a departure from the past when long merit lists would be developed although only a few stood a chance of getting the job.

“System generated Applicants’ Lists shall be used by the County Selection Panel to shortlist five (5) applicants for every post advertised.  Details of the shortlisted applicants, interview dates and venues shall be published on the Teachers Service Commission website,”read TSC recruitment guidelines.

TSC CEO Dr Macharia has revealed that the merit lists that will be generated during the exercise will be used in subsequent recruitment within the financial year.

With 219,311 teachers expressing interest in the 4,000 new openings, post-primary teaching vacancies drew the most candidates. The commission received 136,833 applications for the 1,000 new primary school teacher vacancies that were posted. Shortlisted applicants will be recruited at the county level before being posted to their schools.

In addition, TSC has advertised 8,230 job openings to replace teachers who left the profession due to natural attrition. 327,882 applications were received for the openings, which are split between primary schools (6,539 of them) and post-primary institutions (1,691). TSC used affirmative action to advertise for posts in Mandera, Garissa, and Wajir counties, which are severely understaffed. Due to the recent increase in insecurity, which frequently targets outsiders, teachers from other regions have refrained from being sent to the region.

TSC intends to deploy 1,230 teachers in the region on both permanent and pensionable and contractual basis. Applicants who have expressed interest in the jobs are 21,194.

“To qualify for recruitment, a candidate must be teaching under board of management in Garissa, Mandera or Wajir counties, if not hailing from the three counties,” said Dr Nancy Macharia, the TSC chief executive, when declaring the vacancies. This is to encourage teachers from the region to apply for the jobs.