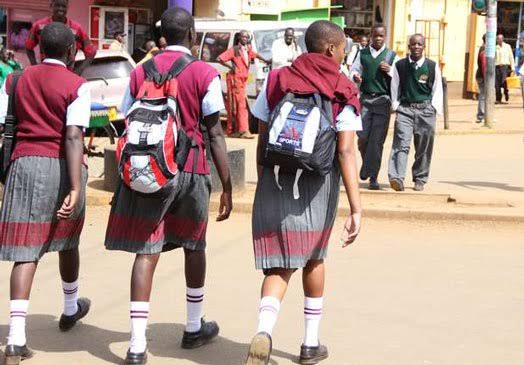 Shock as high number of Sexual harassment cases are reported in schools, with cases of male teachers prying on their students on the lead.

Sexual harassment in schools is not a new thing in schools and this is proven by the data released by the Teachers Service Commission recently. In the report, TSC has stated that in the last three years, 282 teachers have been sacked and degazetted for engaging in sexual relationships with their charges.

Multiple interviews with school heads, teachers, and former students have put the deep moral rot in schools on the spotlight.

Students who left boarding schools last year told the Saturday Standard that most sexual activities take place between 9pm and 11pm after the evening preps, and during games time, which normally lasts between 4pm and 6;30 pm.

“After the preps, few care about what happens because some students run to fetch water, others wash clothes while some engage in friendly conversations in the school compound,” said a former student.

According to TSC, below is the data recorded in the last three years;

TSC data also shows that the highest number of sexual harassment cases was recorded in 2019 with 124 teachers being sacked and deregistered. In 2020, a total of 101 teachers were sacked while 57 cases were recorded this year.

TSC cautions that any person who hires deregistered teachers shall be jailed. Regulations 18 (1) (c) and (d) of the TSC code of regulations, read together with Section 45 of TSC Act, sets penalties for persons committing such teachers to service again.

“Any person who suffers or permits or employs in any school a person not being a registered teacher shall be guilty of an offence and eligible to a fine not less than Sh 100,000 or to imprisonment for a term not exceeding two years or both,” reads a notice by TSC.

Last year, the court of appeal gave orders for TSC to bear the responsibility of sex pests preying on children in schools. In a landmark decision, Appeal court judges Roselyn Nambuye, Martha Koome and Fatuma Sichale ordered TSC to pay two minors Ksh 5 million as compensation for being subjected to such humiliation, shame, and pain that might have a lifelong effect on them.

In an earlier statement, TSC Chief Executive Officer Nancy Macharia faulted school heads for covering up the vices committed by their staffs.

“We must report these cases for action to be taken,” said Macharia.

She cautioned that teachers found guilty will be disciplined.

“These are criminal acts that can be followed up and we plead with you to report these cases and avoid cover ups,” Macharia said.

Under the revised discipline guidelines, TSC dissolved some functions to quicken conclusion of the cases.

Unlike in the past where only the county directors of education could interdict teachers, county staffs at lower levels no play key roles in determining discipline cases.

Deputy county directors interdict primary school head teachers and secondary school teachers in institutions where the BOM is not functional.