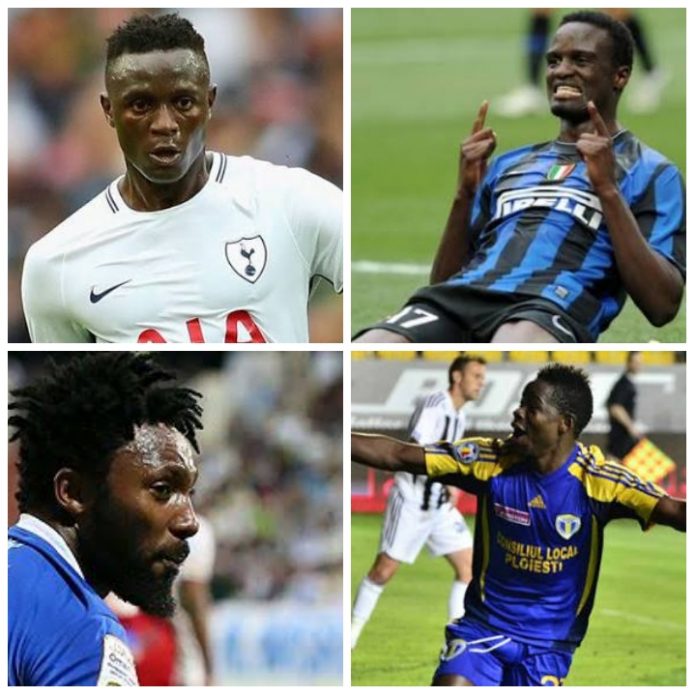 Football is one of the most coveted game in the world. Though the game does not pay well in Kenya, it pays heavily when one secures an opportunity to play internationally. We have seen many footballers from Kenya making it and living large through this game.

He happens to be the first Kenyan to play in coveted English premier league. Wanyama who is defensive midfielder in Tottenham hot spurs, doubles up as captain in the Kenyan national team harambee stars. His weekly earning is £70,000, this translates to approxinately Ksh 9.8m.

Mariga is elder brother to Wanyama. He made his professional football debut in 2007 by way of the Italian Serie A. Since then Mariga has played in many clubs including real sociedad and currently i s playing in Guizhou Zhicheng (China). His weekly earning is Ksh 3.5m.

Osiako is hardly seen playing for Harambee stars because of stiff competition from Tottenham finest middlefielder, Victor Wanyama. He is currently playing for FC Linköping City as a midfielder. His weekly salary is more than Ksh 1.7m.

He is referred to many as Malo. Jamal remains to be one of the most skillful midfielder Kenya has ever produced. He is currently playing for Al-Nasr club in Omani professional league. His weekly salary is approximated to be more than Ksh 850,000

Origi is a Kenyan goalkeeper who happens to come from a family of footballers. His uncle is the famous Mike, was a professional footballer in Belgium. He is currently playing for Norwegian club, Lilestrom. His weekly salary stands at approximately Ksh 750,000.