More
HomeJambo InfoTop 10 richest Nigerians their Net worth and sources of their Wealth... 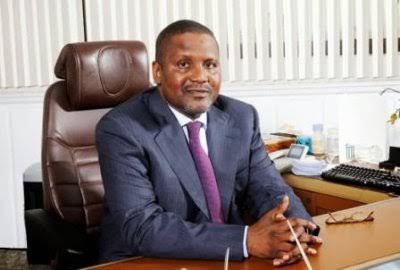 Nigeria is well known for producing rich men and women not only in Africa but also globally.

It should be remembered that Nigerian richest woman, Folorunso Alakija made headlines a few years ago when she unseated Oprah Winfrey to become the richest black woman in the world.

Most of business tycoons in Nigeria have invested in Oils, sugar and Telecommunication companies.

The following are top 10 richest billionaires in Nigeria, according to the latest release by Forbes;

Aliko Dangote is currently worth over $12.5 billion. He is the richest man in Nigeria and Africa. Aliko is ranked 67th richest person in the world.

The Dangote Group is a major force in the sugar and cement market in Nigeria and Africa. Over the years, this businessman has mastered the art of producing these commodities locally. Dangote also owns refineries and manufacturing plants in Nigeria and several parts of Africa.

Mike Adenuga’s net worth is estimated at $5.8 billion and he is the third richest person in Africa.

Adenuga the second richest Nigeria thanks to his investments in the telecommunications giant Globacom and Conoil.

Globacom is the second largest telecoms operator and the company has offices in African countries like Ghana, CoteD’Ivoire and Benin.

According to the latest release by Forbes, Femi Otedola has net worth of $2.3 billion which puts him at the third position in terms of wealth in Nigeria. He is the chairman of Forte Oil Plc, a major importer of fuel products. He is also the founder of Zenon Petroleum and Gas Ltd.

His investment isn’t just limited to oil but range across other sectors such as shipping, real estate and finance.

Folorunso Alakija is currently worth $2.1 billion making her the richest African woman. She has heavily invested in fashion, oil and printing.

Her oil company, Famfa Oil Limited was founded in 1993 is said to generate Folorunso Alakija at least $10 million daily in profit. She also has investments in real estate which is said to be worth over $100 million.

Theophilus Danjuma is a retired general, billionaire and philanthropist whose networth is estimated about $2 billion.

His business interest is primarily in oil and he is the chairman of South Atlantic Petroleum (SAPETRO).

Abdusalam Rabiu is said to have an estimated net worth of $1.5 billion according to Forbes. His successful business career is attributed to investment in BUA Group.

He established the BUA Group in 1988. The company has grown over the years to become a conglomerate worth over $2.5 billion with interests in manufacturing, infrastructure and agriculture.

With an estimated worth of $1.4 billion, Tony Elumelu is  the 7th richest man in Nigeria.

His investments include Heir Holdings, the United Bank for Africa and the Transcorp. He is also the founder of the Tony Elumelu Foundation which has empowered thousands of entrepreneurs across Africa.

According to Forbes, he is worth $1.1 billion.

Orji Uzor is the chairman of SLOK Holding and the former governor of Abia State. His other investments include the Daily Sun and the New Telegraph newspapers.

Jim Ovia has an estimated net worth of $1 billion.

He was responsible for leading Zenith Bank to become one of the largest and most profitable banks in the Nigeria.

Jim was also the founder of Visafone Communications Limited which has since been acquired by MTN.

His networth is estimated to be at $650 million.

He is the founder of the Honeywell Group. Oba is also the chairman of FBN Holding Plc.