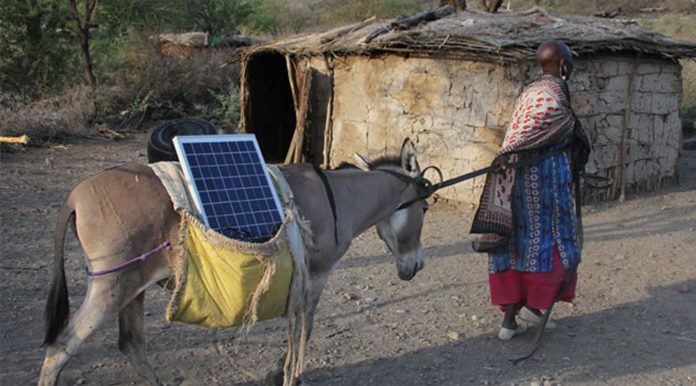 Over the years, the drawbacks of non-renewable energy in Africa has had a woman’s face. Health issues, insecurity, and financial constraints are some of the challenges that women face due to the lack of efficient sources of energy. Besides, girls often lack the opportunity to focus on their academics because of the time they spend looking for firewood; an aspect that has long-term consequences. Fortunately, renewable energy is transforming the narrative. In this article, the focus will be on the role of renewable energy in women empowerment in Africa.

Role of Non-Renewable Energy in Gender Inequality in Africa

To understand how renewable energy is facilitating women empowerment in Africa, it is helpful to reflect on the prior setup. For a long time, residents of various rural and informal urban areas have been relying on some inefficient non-renewable sources of energy.

Women in these areas bear the brunt. To start with, most wood fuel makes up between 61% and 86% of energy consumption in most African countries. In line with the conventional gender roles, females are tasked with the tiresome duty of fetching firewood. They have to carry heavy loads on their backs to meet their family’s basic energy needs. The practice often results in backaches, spinal injuries, arthritis, and other woodsmoke-related health complications. Besides, young girls have to prioritize household chores. This denies them a chance to concentrate on their academics and other essential activities for their growth.

In the homestead, the wood fuel further contributes to women disparities in Africa. According to African traditions, it is the responsibility of a woman to prepare food for the family. This means that the women have to make do with a smoky kitchen. The setup also includes inadequate lighting from a candle, kerosene lamp, or the fire itself. This is a health hazard, not to mention the risk of the energy sources basting into flames.

According to the World Health Organization over 98,000 Nigerian women die annually from use of firewood. Cooking breakfast, lunch and dinner with firewood is similar to smoking between three and 20 packets of cigarettes a day.

Unreliable energy has also fostered an environment of gender-based violence. Residents of various locations within the continent have had to walk along dark streets as they head home from their daily activities. Besides, the exterior of their homes, where amenities such as the bathroom and toilet are located, have no lighting. This environment increases the chances of sexual and physical violence; even for men.

Now that we have a general picture of how life has been for the African woman, let’s take a look at how renewable energy is changing the narrative. First, improved health is a key component of women empowerment. Champions of this movement are keen on ensuring that every African woman lives a healthy lifestyle.

As aforementioned, non-renewable energy has long been the root cause of various respiratory illnesses, physical pains, and eye diseases. Renewable energy has offered a lasting solution to some of these health concerns. Subsequently, the African woman is now able to engage in profitable socioeconomic activities. Besides, the finances they used for constant treatments can be utilized in a more productive manner.

Furthermore, renewable energy has facilitated gender equality at the academic front. The time that girls used to spend collecting firewood can now be used to study and secure a brighter future. In the long run, the young ladies are in a better position to get well-paying jobs and influence the lives of other vulnerable individuals.

Security is another area that has been enhanced via the expansive use of renewable energy in Africa. With ample lighting in backyards and the streets, rates of burglary and animal attacks are lower. From a broader perspective, the setup is also beneficial to law enforcement agencies and the government at large.

The UN Sustainable Development Agenda calls for everyone to have access to affordable, reliable, and sustainable energy by 2030.

In the recent past, several renewable energy businesses and projects have been introduced in Africa. The broader goal of these entities is to improve the living standards of women and the society at large.

One such project is SunTransfer in Kenya and Tanzania.  SunTransfer focuses on availing affordable solar energy to residents of rural areas within the two east African countries. One of the areas that it has been able to reach is the Maasai land. Just like in any typical business model, the company identified a need requiring a stable solution. Women in the Maasai community have had to live in tiny smoke-filled houses. Besides, some of the villages border animal parks and forests; which places them at risk of animal attacks.

SunTransfer has been able to distribute over 50,000 solar lanterns and a further 5,000 solar home systems in Kenya alone. Through the over 100,000 people that it has impacted, the project has proven to be a reliable tool for women empowerment in Africa. In terms of security, the solar-powered exterior lighting is helpful in deterring wild animals and burglars from invading homesteads.

Furthermore, it is a lasting solution to the health issues associated with cooking and living in a smoky and poorly-lit house. Besides, school-going girls can now study with ease and shape their career path. SunTransfer also offers solar-powered farming solutions. This means that the women, and men alike, can increase the profitability of their farms. Ultimately, this will result in food security and improved living standards.

To top it up, SunTransfer has a pay-as-you-go model. In an attempt to reach the impoverished communities, it allows its clients to pay in installments. As such, poor women end up benefiting from appliances that seemed beyond their financial reach.

This is yet another establishment in Africa that focuses on women empowerment through clean energy. In line with its approach, Solar Sister trains women entrepreneurs before supplying them with different solar-powered products. These renewable energy entrepreneurs then reach the wider community. Subsequently, the project is able to empower women from two key perspectives.

On the one hand, the company acknowledges that women are hardest hit by the challenges associated with lack of renewable energy. It is them who have to cook in smoky and poorly-lit kitchens, carry heavy loads of firewood, and abandon school/business to go collect the wood fuel. By offering them an efficient alternative, Solar Sister has managed to empower over 1.8 million individuals in the continent.

At the same time, it has created over 5,000 female entrepreneurs. With financial growth being a key pillar in the women empowerment movement, it is evident that this project is a success.

For the women empowerment movement to accomplish its goals in Africa, its approach has to be holistic. Clean energy has proven to be one of the effective tools of improving the lives of women in the continent and closing the energy gender gap. Indeed, non-renewable energy has played a role in the oppression of women in the continent. Fortunately, renewable energy is creating a different narrative. Girls can now focus on their studies and recreational activities. Besides, it is improving the health and financial well-being of the women and society at large.

It is also important to note that the use of renewable energy reduces the effects of climate change, which is a significant barrier to eradication of extreme poverty. Extreme poverty is the greatest problem facing women in Africa.