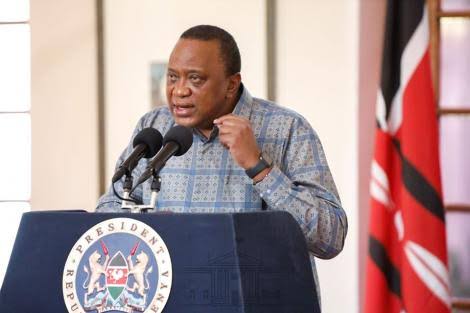 Kenya’s confirmed Covid-19 cases have risen to 830 after 49 more people tested positive for the virus in the past 24 hours.

President Uhuru Kenyatta announced this during his Covid-19 briefing on Saturday, May 16.

Five more people succumbed to the virus, taking the total fatalities to 50.

“Since the first recorded Covid-19 case, our country Kenya confirmed 830 infections that led to 50 deaths; close to 30% of these recorded deaths occurred at home,” said the president.

He further announced that 17 more people had been discharged after recovering, bringing the total recoveries to 301 and so far a total of 481 are undergoing treatment.

“Due to the dedication and commitment of our healthcare workers we have discharged some 301 individuals from our health facilities all having registered full recovery since the onset of this pandemic,” said president Uhuru.

The president also noted that a total of 46 cases in the country over the last week, were imported cases, having crossed the border.

Wajir had 14 cross-border cases, Namanga 16, Isibania 12, Lunga Lunga 2, which amounted to a greater percentage of the cases confirmed in the course of the week as of May 15, 2020.

President Kenyatta also ordered closure of Tanzania and Somalia borders except for cargo in a bid to tame Covid-19 spread.

The head of state also announced that the nationwide dusk to dawn curfew has been extended by 21 days in a bid to tame Covid-19 spread.